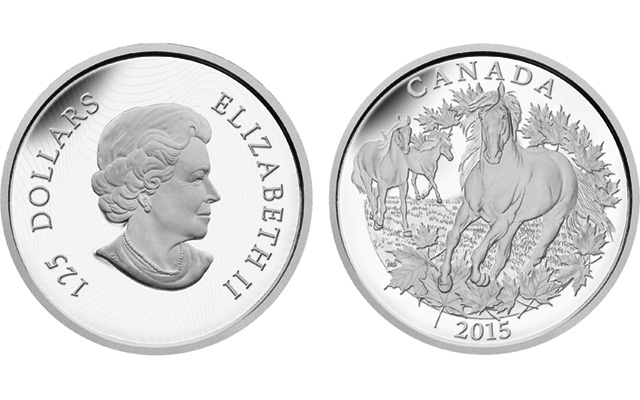 The resilient, good-natured horse, the petit cheval de fer (the “little iron horse,” as it became known in its native Quebec) has survived near extinction to emerge as one of Canada’s official national symbols.

The 2015 Canadian Horse coin features a reverse design by Michelle Grant, of three horses charging across the Canadian landscape.

The coin has a mintage limit of 1,000 pieces, each packaged in a black beauty box within a wooden case.