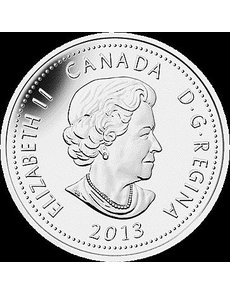 Lt. Col. Charles-Michel de Salaberry is honored on a new 25-cent coin from Canada, which comes in two versions, having either a frosted portrait or a colorful maple leaf. 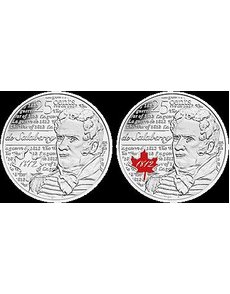 Lt. Col. Charles-Michel de Salaberry is honored on a new 25-cent coin from Canada, which comes in two versions, having either a frosted portrait or a colorful maple leaf.

The Royal Canadian Mint on March 18 released the third of four circulating commemorative 25-cent coins celebrating Canadian heroes of the War of 1812. The coin was unveiled March 15 at the Stewart Museum in Montreal.

Lt. Col. de Salaberry and his Voltigeurs militia (a light infantry unit) famously defended Lower Canada at the Battle of Châteauguay in October 1813. Outnumbered, he and about 1,700 Voltigeurs forced the retreat of around 3,000 of American forces attempting to capture the city of Montreal.

This was the first of several victories that thwarted American plans to take Montreal, including battles at Crysler’s Farm in November 1813, and at Lacolle Mills in March 1814.

A portrait of the military leader graces the reverse of the new 25-cent coin, in a design by Bonnie Ross, against a background composed of multiple appearances of “The War of 1812” in both French and English. The stylized maple leaf from the Government of Canada War of 1812 logo also appears on the reverse design.

A total of 12.5 million coins featuring de Salaberry are being issued, half with red color applied to the maple leaf and the remainder without any color but with a frosted portrait of de Salaberry. The finish on the noncolor version is specific to the War of 1812 series but does not have a name, according to an RCM official.

A noncirculating collector coin — a Proof .9999 fine silver $4 piece with color — was released March 12 with the same design, denomination excepted.