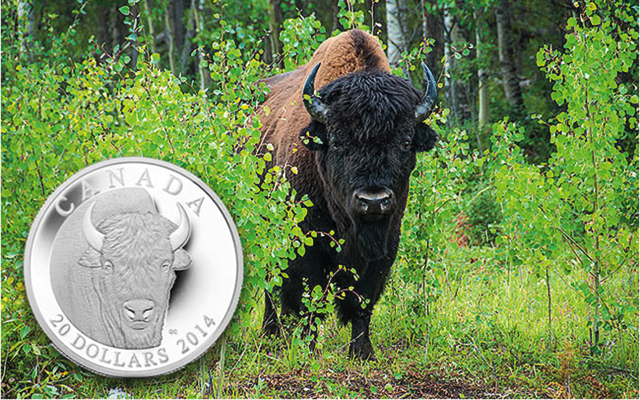 Photographer Robert Berdan captured this scene of wood bison alongside a road in the Northwest Territories, and artist Doug Comeau used it as inspiration for his Proof silver $20 coin design. 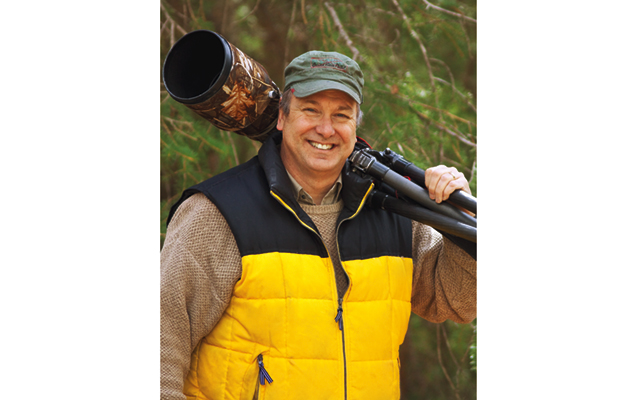 The designer of one of the Royal Canadian Mint’s popular 2014 Proof silver $20 Bison coins is credited by the RCM as Doug Comeau, but the image on the coin came from photographer Robert Berdan, according to a recent news report from a local newspaper in Canada.

The story was reported by Simcoe.com, the community website of Metroland North Media, a division of Metroland Media Group.

Berdan is a renowned wildlife photographer, and it was his image of a wood bison next to a highway north of Fort Providence, N.W.T., that drew the attention of Comeau, who was sketching designs for the RCM.

The design, showing the animal facing the viewer head-on, was chosen for the first Proof .9999 fine silver $20 coin in the Bison series. Dubbed “The Bison: A Portrait,” the coin was released Feb. 4, and subsequent $20 coins with various designs were issued through August.

All of the coins in the program, as well as many other bison coins, were the subject of the World Coins section's cover story in Coin World’'s August Monthly edition.

The coin had an issue price of $99.95 Canadian and is sold out through the Royal Canadian Mint, but distributors like Gatewest Coins and Talisman Coins still offer it for less than issue price.

This is his first coin, he told the newspaper.

He has not been enlisted for any other coin projects, Barden told Coin World.

To learn more about Berdan’s photography, visit his Flickr gallery or his website-building business.