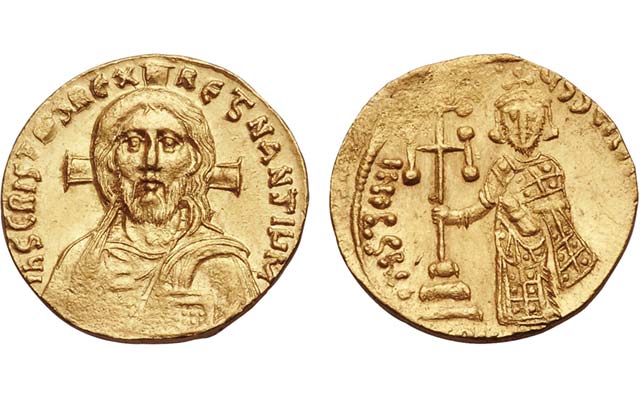 A gold solidus from the Byzantine Empire with the first numismatic depiction of Christ brought $5,170 at an April 9 auction.

For example, Heritage’s April 9 CICF auction saw this gold solidus from the first reign of Justinian II (A.D. 685 to 695), graded by Heritage in the catalog as lustrous Mint State, bring $5,170 against an estimate of $4,000 to $5,500. It’s notable as being the first numismatic representation of Jesus and the obverse image of Christ was possibly based on the image in the apse of the Great Palace of Constantinople.