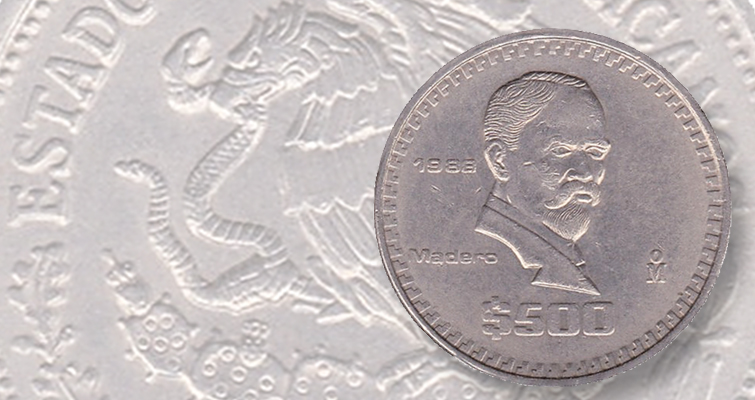 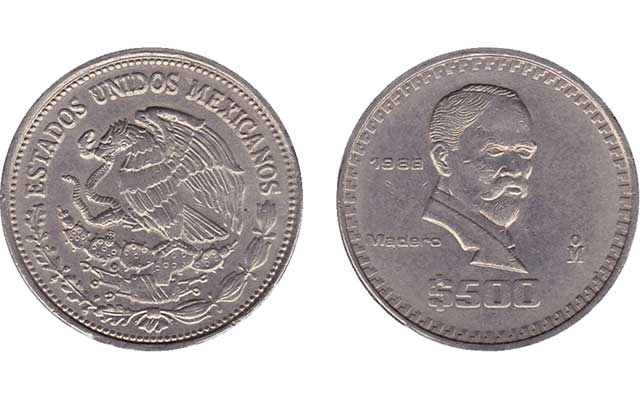 I found a similar coin in a bottom of a huge box of foreign currency someone gave us from an estate sale, so everything in it was far from Mint.

RELATED: Read about the 1988 gold Mexican coin, the one that 'got away' for one collector

The coin is tarnished, but it certainly isn’t silver like the ones I’ve seen in photos online. A good 50 coins in the box were from Mexico, but this was the only one this color and the only one with no duplicates, so I figured it was worth investigating.

I’m not usually one of those “I found a priceless object!” people, but we only found three to four bizarre coins in the entire box, and one of the others turned out to be an actual old-school swashbuckly pirate treasure coin.

The 1988 coin the reader cites is a gold 500-peso coin celebrating the 50th anniversary of the nationalization of Mexico’s oil industry. That coin is an extreme rarity in gold, but silver examples also exist.

The coin that the reader has, however, appears to be a common copper-nickel 500-peso coin from 1988.

The common circulating coin shows the famous eagle-on-cactus national arms design on the obverse, with a bust of Francisco Madero on the reverse. Madero served as Mexico’s 33rd president, from 1911 until being assassinated in 1913. Madero helped pave the way for the Mexican Revolution and has appeared on several circulating and commemorative coins.

The copper-nickel 500-peso coin showing Madero was issued from 1986 through 1989 and again in 1992, before a currency reform swept him aside.

What caused the goldish color of the reader’s common coin is hard to say. It could have been plated outside of the mint. That happens, but even if plated with a precious metal, amounts used generally add no intrinsic value. Or, it could merely have been subject to adverse environmental surroundings.

Either way, unfortunately for the reader, it is still a very common coin, with a mintage of 230 million pieces.