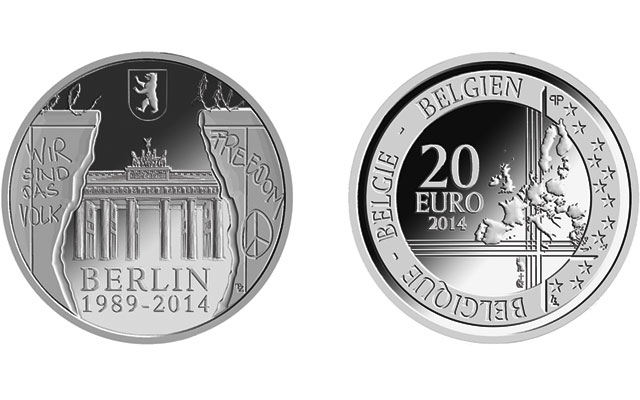 A well-known symbol of a divided world, the Berlin Wall was opened to permit East Germans to freely travel to West Germany 25 years ago on Nov. 9.

A 2014 Proof .925 fine silver €20 coin from Belgium marks the 25th anniversary of that historic event as Europe, and the world, were reunited.

The reverse of the 2014 commemorative coin shows Belgium’s common €20 coin design, a map of the nation’s place in Europe, the nation’s name in three languages, the denomination and the year of issue.

U.S. distributor Coin & Currency Institute offers the coin for $68.50, with $5.75 per order for shipping and handling.

For more information or to order, telephone the distributor toll free at 800-421-1866 or visit its website.