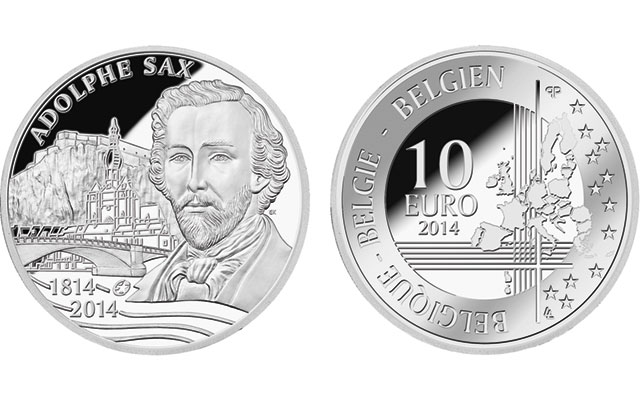 Inventor Adolphe Sax is the subject of a Proof 2014 silver €10 coin from Belgium. 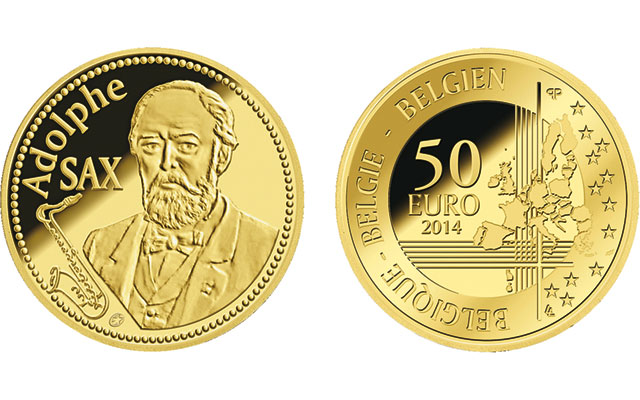 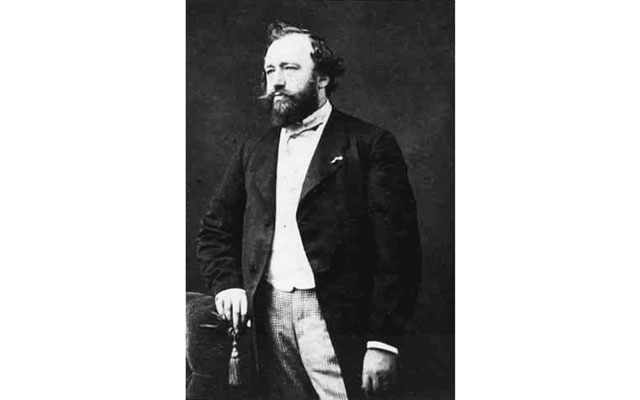 Belgian inventor Antoine-Joseph “Adolphe” Sax, who invented the saxophone and several other instruments, is depicted on two 2014 coins from Belgium.

Nov. 6 marks the 200th anniversary of the birth of Antoine-Joseph “Adolphe” Sax, who is remembered for his invention bearing his name, the saxophone.

Sax was born in Dinant, in Belgium, the nation that has honored him with two commemorative coins in 2014.

Sax, the son of an instrument maker, developed a whole family of instruments called saxhorns, before creating his eponymous saxophone.

The obverse of the Proof .925 fine silver €10 coin in the program shows a young Sax and a panoramic view of his town of birth, Dinant.

The obverse of the Proof .999 fine gold €50 coin portrays a slightly older Adolphe Sax and one of his instruments.

The reverses of both coins show a map of Europe with the year of issue, 2014, and respective denomination, along with the name of the issuing nation in the three official languages of Belgium: French, German and Italian.

The silver coin weighs 18.75 grams and measures 33 millimeters in diameter. It has a mintage limit of 15,000 pieces.

The gold coin weighs 6.22 grams, measures 21 millimeters in diameter and has a mintage limit of 1,000 pieces.

Distributor Coin & Currency Institute offers the silver coin for $65, plus $5.75 per order for shipping and handling.

Collectors seeking the gold coin will have to search the secondary market.