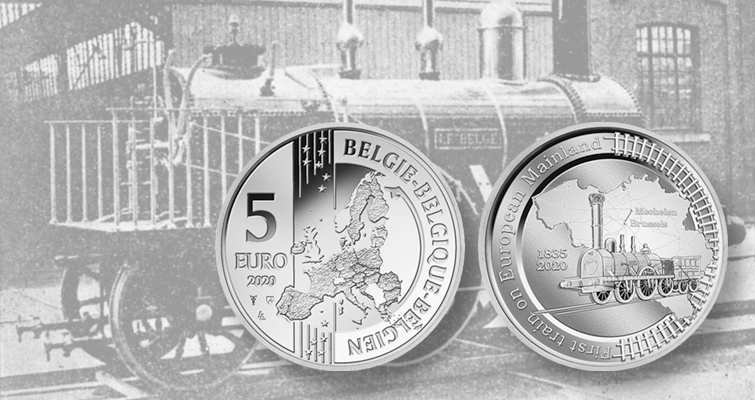 A Proof .925 fine silver €5 coin being struck and issued through the Royal Dutch Mint celebrates the first train journey in Europe.

Courtesy of the Royal Dutch Mint.

Belgium’s first train ride made history 185 years ago, and a coin issued in 2020 to mark the anniversary is making Belgian numismatic history of its own.

The Proof .925 fine silver €5 coin is being struck and issued through the Royal Dutch Mint (the Royal Mint of Belgium closed Jan. 1, 2018).

On 1 May 1834, King Leopold I signed the law supporting the creation of the Belgian railway system. One year later, on May 5, 1835, the first Belgian railway line was opened, and a train traversed the European mainland between Brussels and Mechelen in Antwerp, Belgium.

Three steam locomotives, manufactured in Great Britain, rode in one line and transported 900 passengers in 30 carriages.

The route, which started from Brussels Groendreef station, was 22 kilometers long and had one stop, in Vilvoorde. On arrival in Mechelen, all the wagons were coupled together, and on the way back to Brussels they were dragged by L’Éléphant.

This route marked the beginning of the rich history of Belgian railways and was the driving force behind Belgium’s industrial success in the 19th century.

For the first time in Belgian numismatics the multiview technique was applied to a coin. This technology makes different images visible when the coin is tilted.

Luc Luycx designed the reverse, showing the first train route between Brussels and Mechelen, with the names of the three locomotives from that first train ride and the current Belgian railway system.

L’Éléphant appears to ride out of the foreground. The grid of the rails gives the coin a sense of speed and motion.

The coin weighs 14.6 grams and measures 30 millimeters in diameter; its maximum mintage is 5,000 pieces, retailing for €49.95 each. Delivery is expected at the end of May. 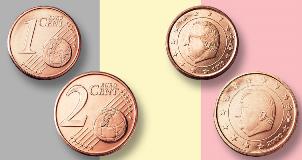 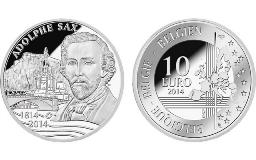