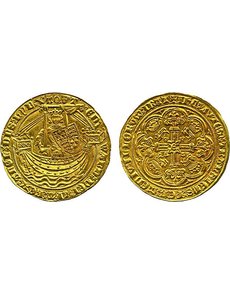 British auction house Baldwin’s on Sept. 28 offers ancient and British coins, military and commemorative medals and South African paper money, coins and medals in the first of its two official auctions scheduled in conjunction with Coinex.

The 2011 Coinex, the 33rd edition, is scheduled for Sept. 30 and Oct. 1. Coinex, co-sponsored by the British Numismatic Trade Association, is the United Kingdom’s largest annual coin show. Baldwin’s, as show co-sponsor, is conducting two official auctions before the show (please see a story about the second auction, at www.coinworld.com/categories/world-coins/).

The firm’s auction No. 70 features ancient Greek, Roman and Byzantine coins, including a circa 650 to 600 B.C. Ionia electrum stater. The stater, an example of the first true coin, bears an obverse type as well as a reverse punch. Prior to this, small ingots with blank surfaces had been produced, followed by the addition of a reverse punch and eventually the striated obverse, according to the catalog. On the basis of hoard evidence, it is likely that these issues were struck at Ephesos and possibly Sardes.

One consignment, described as “the property of an English gentleman,” a collection of English copper and bronze coinage, composes much of the offering of British coins, but it is a singular lot that leads the section and the auction.

The highlight coin is a circa 1361 to 1369 gold noble of Edward III, fourth coinage, Treaty Period, showing the king, standing in a ship, holding a sword and shield. Struck on a broad, fully round planchet, the coin is Extremely Fine and very rare in such condition, according to the firm.

The auction continues with a selection of South African paper money, including a selection of Mafeking paper currency issued by authority of Col. Robert S.S. Baden-Powell, commander of the Rhodesian Frontier Forces. Baden-Powell is most famously known for his involvement in the formation of the Scouting movement through his 1908 book Scouting for Boys.

A series of 1-shilling, 2-shilling and 3-shilling notes was issued under Baden-Powell’s authority during the British siege of Mafeking to alleviate a shortage of coins.

A small but historical selection of orders, decorations and medals completes the auction.

All lots from the sale can be viewed for free at a special page on the auction house website, www.baldwin.co.uk/auction-70.