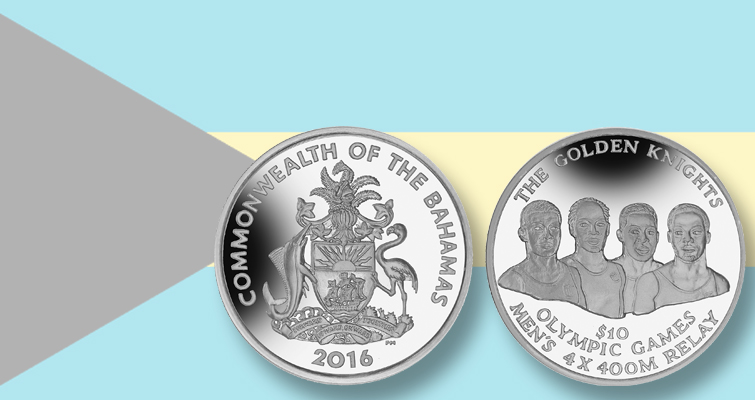 Bahamas’ 2012 gold medal effort in the Olympic Games in London is now honored on commemorative coins struck by the Pobjoy Mint.

Four years after Bahamas’ athletes secured gold at the London Olympics, the Bahamas is honoring the feat with coinage.

The Pobjoy Mint has issued a pair of coins showcasing the “Golden Knights,” the nickname for the Bahamas’ 2012 Olympic Gold medallists.

The Bahamas Olympic Association sent a total of 24 athletes to these Games, 14 men and 10 women, to compete in athletics and swimming. Brown became the nation’s first male flag bearer at the opening ceremony since 1996.

The Bahamas first participated at the Olympic Games in 1952, and has sent athletes to compete in every Summer Olympic Games since then, except when they participated in the American-led boycott of the 1980 Summer Olympics. Before the 2016 Rio Games, Bahamian athletes had won a total of 11 medals, all in athletics and sailing. In Rio this year, the Bahamas secured one gold and one bronze medal.

Going for gold in Brazil's 2016 Rio Olympics Games coin program
Welcoming the world to Rio de Janeiro with 37 collector coins
The Rio 2016 Olympic medals are here and they're eco-friendly
Tokyo 2020 Olympic medals might be made of e-waste
Japan plans coins for 2020 Olympic, Paralympic Games

The 2016 coins feature a portrait of the four Olympians wearing their uniforms on the reverse. The wording above the portraits states “The Golden Knights” and it’s broken by the name of the category they won.

The obverse of each coin carries the Bahamas’ coat-of-arms.

The design is offered in two versions, as a Brilliant Uncirculated copper-nickel $1 and a Proof .925 fine silver $10.

The silver $10 coin has a mintage limit of 10,000 pieces, all presented encapsulated in an acrylic capsule for protection and housed in a red box accompanied by a certificate of authenticity. It retails for $65.

To learn more, or order the coins, visit the pobjoy Mint website. 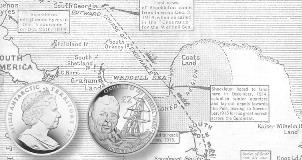 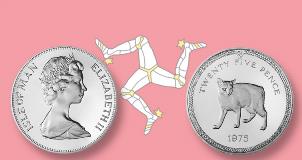