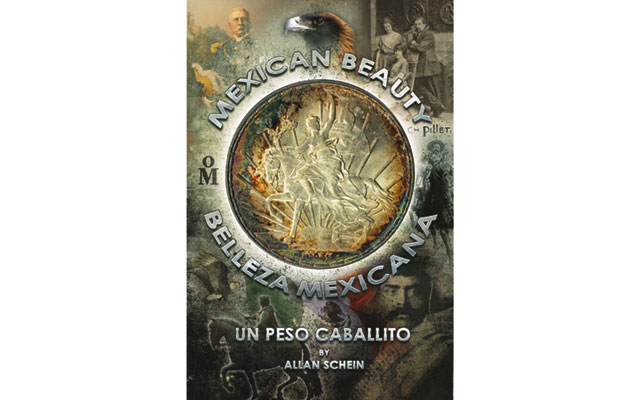 A new book by Allan Schein explores the history of Mexico’s Caballito silver peso coin, which was issued from 1910 to 1914.

The first book exclusively about a short-lived series of Mexican coins known as the “Caballito” has just been published.

The fully bilingual (Spanish and English) book focuses on the Caballito series, which was issued from 1910 to 1914. The Caballito is considered Mexico’s first commemorative coin and one of its most beautiful. Designed by Charles Pillet, the obverse shows an eagle, and the reverse depicts a female personification of Liberty astride a horse.

Schein explores the iconography of the design, the many minor die varieties and provides an overview of how to grade the coins. The 238-page, soft cover book features many four-color images as well as supporting text throughout. In addition, Schein explores counterfeits, population data and value, and provides information about other coins designed by Pillet.

The book retails for $40 plus shipping and is available from the author.