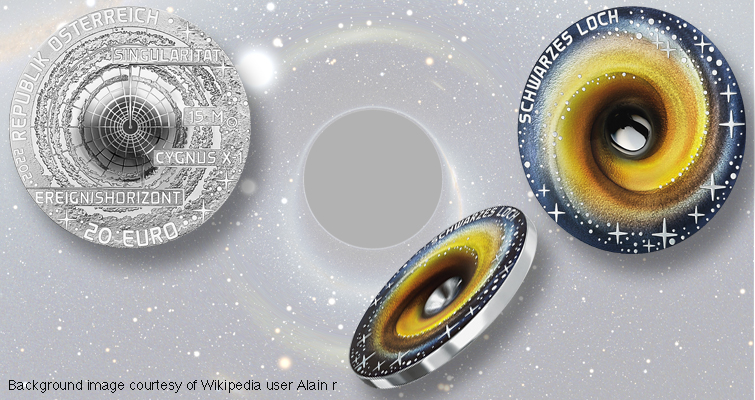 Austria highlights the astronomical phenomenon known as the black hole with a Proof .925 fine silver €20 coin.

Austria highlights the astronomical phenomenon known as a black hole with a Proof .925 fine silver €20 coin.

The coin is concave on one side and convex on the other to help illustrate the funnel shape of these regions of space-time where gravity is so strong that nothing can escape from them.

One way of envisaging a black hole is as a vortex that draws in everything in its immediate proximity. Once beyond the point of no return — known as the ‘event horizon’ — ‘singularity’ awaits at the center.

Although storing vast amounts of energy, black holes do not emit light. For this reason, the first photograph of a black hole was not published until 2019 and, even then, only as an indirect image of the shadow it casts.

No wonder that so much remains unclear about black holes. Among the most complex objects possible in our or any other universe, they are not only a challenge experimentally but also raise a multitude of fundamental questions about space and time.

On the coin’s obverse, a cone rises from the flat silver surface, representing the curvature of space-time. Cygnus X-1, the name of the first black hole to be named as such, is written to the right under 15 MO, the solar mass of this black hole.

The legend in German translating to “event horizon” marks the boundary between the observable and the unobservable in space-time, while the legend translated to “singularity” points to the location of maximum space-time curvature.

The black hole vortex phenomenon is illustrated on the coin’s reverse in the shape of a funnel decorated with a color-printed spiral.

The coin weighs 22.42 grams and measures 34 millimeters in diameter. The Austrian Mint has sold out its issue limit of 30,000 pieces. 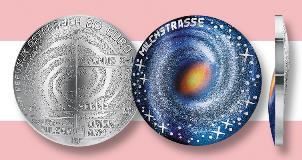 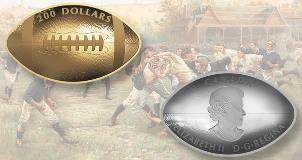