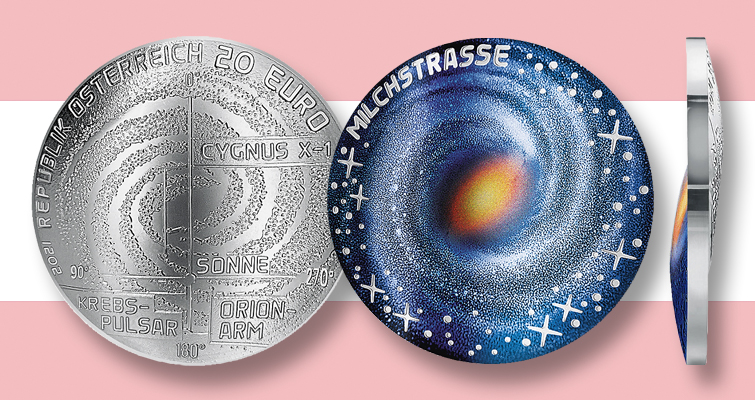 Austria’s first coin in a new series showcases the Milky Way in plain silver and in color. The coin is concave and convex, making it “S-shaped,” according to the Austrian Mint.

Coins can take many shapes, and Austria’s newest coin series adds a celestial element to this truism.

The first coin in the Austrian Mint’s new series, The Uncharted Universe, celebrates the Milky Way and is “S-shaped,” curved to mimic the spiral shape of our home galaxy.

“The story it tells about the cosmos also features surprising twists and turns,” according to the Austrian Mint. “Together with experts, we take a close look at three physical-astronomical phenomena — the Milky Way, black holes and neutron stars. From something very small — a coin — you will become acquainted with the infinitely large and even reach out to galaxies that no human has ever seen before.”

The new coin has an alternating concave and convex surface. The combination of the convex and the concave surfaces on the coin’s obverse results in an S-shaped silver surface upon which the Milky Way is depicted.

The angular dimensions of the galactic coordinate system show the position of the sun in relation to the rest of our galaxy.

The position of the Orion Arm, in which our solar system is located, is also marked. So are the positions of the astronomical phenomena Cygnus X-1 and Crab Pulsar, which play a special role on the other two coins in the series.

The coin’s reverse features the same image of the spiraled Milky Way, though in color-printed form.

The coin is placed in a capsule and comes in a box with a certificate.

Distributor Royal Scandinavian Mint offers the coin for $95 plus shipping.

To order the coin, visit the company website, www.rsmint.com. 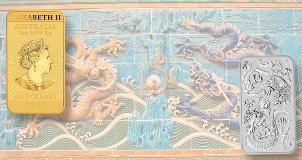 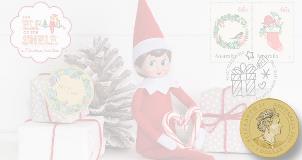