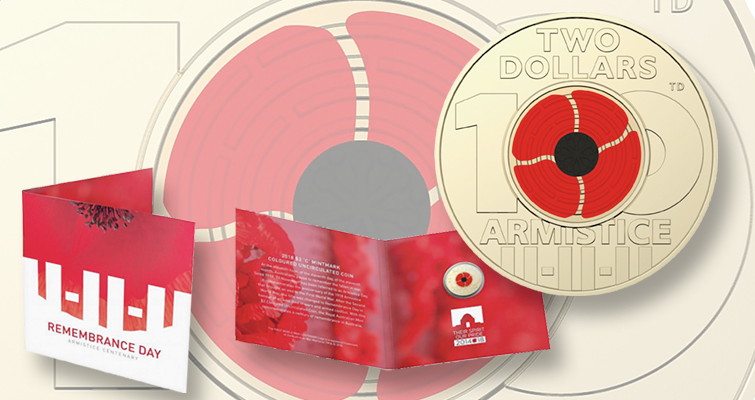 The Royal Australian Mint has issued a circulating commemorative $2 coin with color to mark Remembrance Day. A collector version, in special packaging, is also available.

A red poppy — the symbol that has become synonymous with the remembrance of World War I — graces the reverse of a new colorful circulating $2 coin in Australia.

The Royal Australian Mint has released another red poppy coin in the ongoing, annual series of colorful circulation coins that began in 2014, the first year of the centennial of World War I.

The $2 coin uses the red poppy in place of the first 0 in the numeral 100, and 11-11-11 appears below the word ARMISTICE, indicating the important of the 11th hour of the 11th day of the 11th month, when peace was returned to Europe after the “War to End All Wars.”

For a century, Australians have marked Nov. 11, the anniversary of the World War I armistice. After World War II, Armistice Day became Remembrance Day, a time to honor all Australians who have fallen in wars and armed conflicts.

The coin was unveiled on Oct. 30 by Sen. Zed Seselja, who represents the Australian Capital Territory and is assistant minister for Treasury and Finance, the ministry responsible for the Royal Australian Mint.

The coin was unveiled alongside representatives from the mint and the Australian War Memorial at the display of 62,000 hand-crafted poppies in the Memorial’s Sculpture Garden.

The coin was developed with the assistance of the Australian War Memorial.

“We hope this $2 coin will serve as a lasting reminder of the service and sacrifice of those who fought in the First World War and the generations of Australian servicemen and women who have continued to serve our country,” MacDiarmid said.

The mint scheduled coin swaps in Brisbane, Canberra, Melbourne and Sydney on Nov. 1, where the public could exchange cash or coins for the new Remembrance Day – Armistice Centenary $2 circulating coin.

A collectible version, with C Mint mark for Canberra, is being sold through the RAM’s e-shop. It has a mintage of 40,000 pieces and retails for $15 Australian. 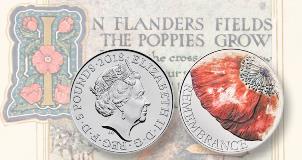 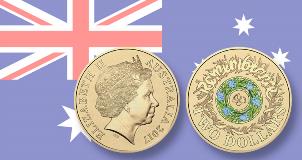