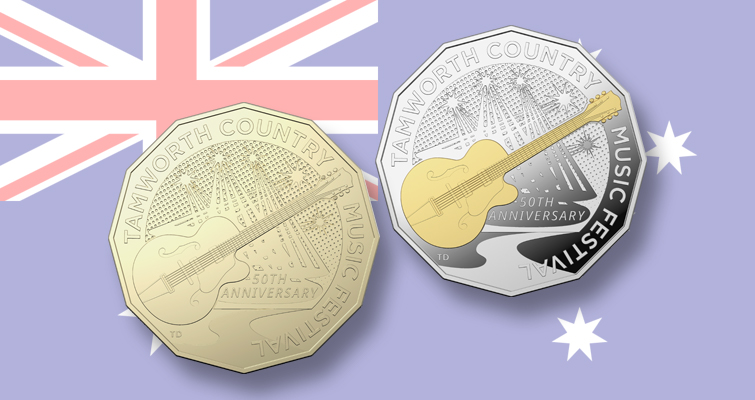 Australia has issued new commemorative coins to mark the 50th anniversary of one of the world’s biggest music festivals, the Tamworth Country Music Festival.

The collectible 50-cent coins, produced by the Royal Australian Mint, feature the festival’s signature Golden Guitar logo at the center of their reverse design.

Held in Tamworth, New South Wales, acclaimed as Australia’s “Country Music Capital,” the festival has attracted thousands of country music fans from across Australia and around the world every year since its inception in 1972. The 2022 event is scheduled for Jan. 14 to 23.

Leigh Gordon, CEO of the Royal Australian Mint, said that this coin recognizes the significant social and cultural impact the Tamworth Country Music Festival has had over the last 50 years.

The coin design is dominated by the iconic Golden Guitar synonymous with the festival. The backdrop of the coin is inspired by the festival stage, illuminated with beaming light.

A winding road leads to the stage, highlighting the distance festival attendees and artists alike travel to get there.

Two versions of the coin were issued, an aluminum-bronze Uncirculated coin and a Proof .999 fine silver version with selective gold plating on the guitar.

The silver coin originally retailed for $90 Australian and sold out its mintage of 2,500 pieces.

The Uncirculated coin, with a mintage limit of 30,000 pieces, retails for $10 Australian and is available from www.eshop.ramint.gov.au. 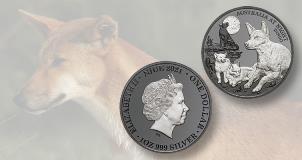 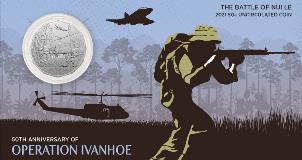 Australia marks another battle in Vietnam War on 50-cent coin 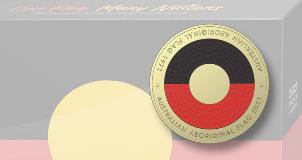