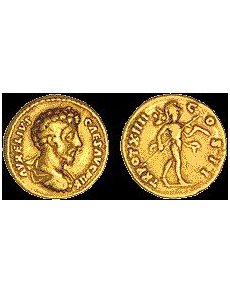 Roman coins collected by numismatist Ken Day are to be sold in London auctions, the first scheduled for July 3, with the proceeds donated to the British Museum.

Auctioneers Morton & Eden will catalog the coins for two separate auctions. Officials of the firm expect the collection to raise a total of around £30,000 (about $46,529 in U.S. funds). The proceeds of both sales will be added to the acquisition fund set up to enable the museum to purchase coins of significance to Britain as well as to increase the accessibility of the national collection using new digital technology, according to the firm.

Kenneth Edwin Day, who lived in Thames Ditton, was a leading figure in the Kingston Numismatic Society and a longstanding member of the Royal Numismatic Society. He was also a strong supporter of the British Museum’s Department of Coins and Medals and was a regular visitor to the museum for many years, where he shared his knowledge of Roman coins and his new acquisitions with curators. He is now deceased.

A wide-ranging collection covering the period from the Roman Republic through to early Byzantine coins of the sixth century A.D., the Kenneth Day Collection also contains a number of rare pieces.

According to the auction house, a gold aureus of Marcus Aurelius depicting the emperor as Caesar (A.D. 139 to 161) with Mars the God of War on the reverse is among the most valuable single coins offered, with an estimate of £800 to £1,000.

Part 1 of the collection will be sold on the first of a two-day auction of ancient, Islamic, British and world coins and medals, held in association with Sotheby’s, July 3 and 4.

The second part of the collection will be sold in the autumn.