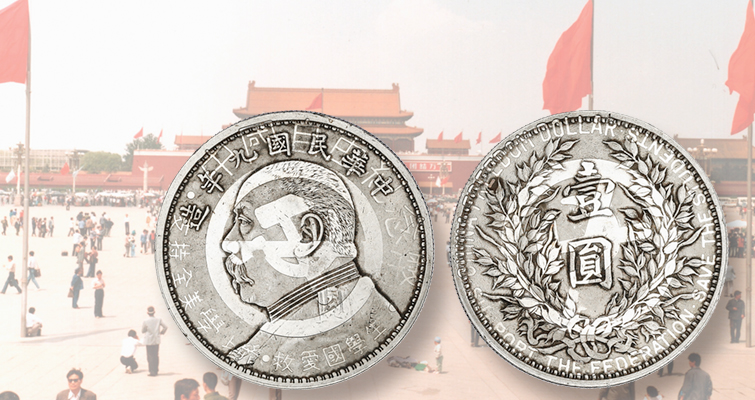 A counterstamped classic silver coin of China was sold in 1989 to raise funds to assist students affected by the movement for freedom in China.

The Tiananmen Square massacre in China in 1989 sparked a movement toward freedom in the Communist country.

A relic of that movement with American ties sold in Spink’s Jan. 14 to 17 auction in New York City.

The legend CHINA FREEDOM DOLLAR. SUPPORT THE FEDERATION. SAVE THE STUDENTS. is counterstamped on the reverse.

After the massacre, the Berkeley Chinese Students & Scholars Association was formed to assist Chinese exchange students stranded in the United States, according to the auction house.

“In order to raise funds, a small number of Chinese silver dollars and foreign crowns current in China in the early 20th century were countermarked and sold,” Spink said.

The coin was accompanied by the original BCSSA envelope.

Graded Extremely Fine by the auction house (with no specification of whether that is the underlying coin’s grade or the condition of the counterstamp), the piece sold for a $1,080, including the 20 percent buyer’s fee. 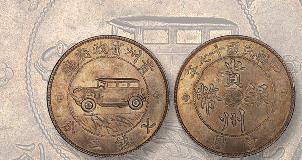