The ANS was founded in New York City in 1858. Much of its operations and offerings are funded by membership dues and donations, which include the maintenance of a range of collections and a large library, planning and offering a range of online and in-person educational programs, a summer seminar for junior university faculty and graduate students, and a number of other initiatives.

Per its website, the ANS “operates as a research museum under Section 501(c)(3) of the Internal Revenue Code and is recognized as a publicly supported organization under section 170(b)(1)(A)(vi) as confirmed on November 1, 1970.”

Bransbourg’s mid-year appeal highlighted, among other things, a new website, a print-on-demand book program, the curating staff’s cataloging of more than 15,000 objects, a new Lyceum session (an offering of numismatics courses that ANS members can take advantage of at a significant discount) with, for the first time, contributions from ANS fellows, and the resumption of the Eric P. Newman Graduate Seminar in Numismatics, in person.

Many leaders in American numismatics, including Eric P. Newman, Harry W. Bass Jr., and R. Henry and Emery May Norweb were supporters of the ANS.

According to the ANS website, the best way to support the society is to become a member. A number of different membership levels are available, which include subscriptions to different ANS publications. A membership that includes the ANS Magazine costs $110 per year; a membership including the ANS Magazine and either the American Journal of Numismatics or the Journal of Early American Numismatics costs $155; a membership including all three publications is priced at $200.

Those who donate $2,500 or more annually automatically become members of the Augustus B. Sage Society, named for a founding member of the society in whose home its first informal meeting was held on March 15, 1858; the society’s  first formal meeting was held in Sage’s home, too. He was elected curator in Nov. 1858, but only served in the position until January 1859. Sage was 16 when he helped form the ANS and went on to serve in the Union Army during the Civil War. He died in 1874 at the age of 32. Members of the Sage Society can partake of benefits not available to regular society members, specifically, according to the website:
Travel opportunities to visit private and public numismatic collections throughout the world;
Private tours of the ANS Collection, Library, and Rare Book Room;
Acknowledgement in ANS Magazine.”

Elkins named to position as deputy director at ANS 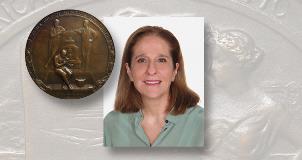 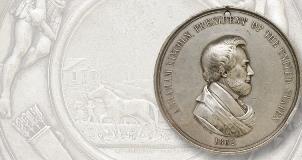