Another Nobel Prize medal is sold at auction 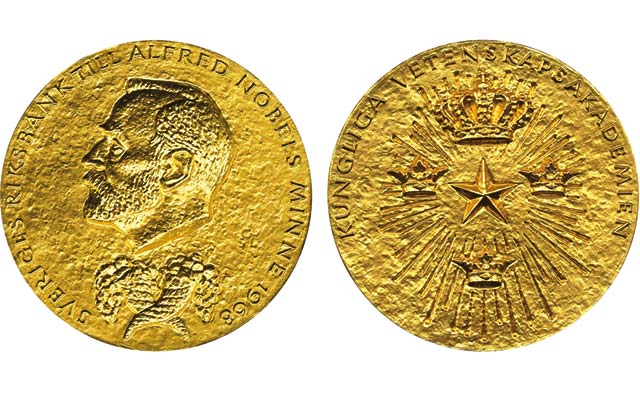 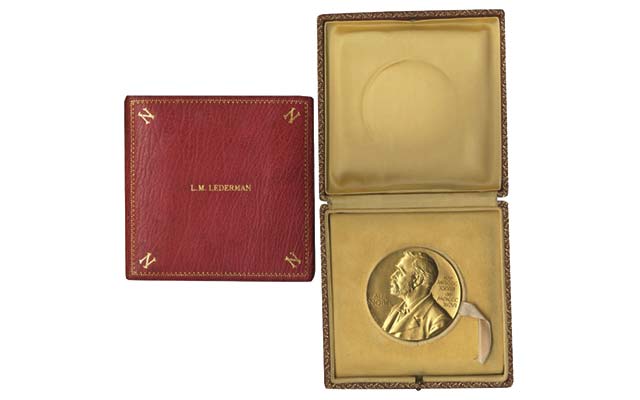 Leon Lederman won the Nobel Prize decades after his 1962 discovery of the muon neutrino, a previously unknown subatomic particle.

For the second time in the last six months, a Nobel Prize of a notable scientist in the 20th century has crossed the auction block.

The 1988 Nobel Prize in Physics awarded to particle physicist Leon Lederman realized $765,002 including buyer’s fee during a Nate D. Sanders auction that closed on May 28.

Lederman won the prize for his 1962 discovery of the muon neutrino, a previously unknown subatomic particle. He also was part of the discovery of the bottom quark in 1977, and was “the champion of the Superconducting Super Collider,” according to Nate D. Sanders.

He is the author of the acclaimed 1993 book, The God Particle: If the Universe is The Answer, What is The Question.

According to Nate D. Sanders, six bids were submitted after a starting bid of $325,000.

The sale of the Lederman medal, the 10th Nobel Prize to be auctioned off, according to Nate D. Sanders, comes after the Nobel Prize medal awarded to DNA researcher Dr. James D. Watson in 1962 sold for $4,757,000 in a December Christie’s auction.

Lederman’s medal is made of 18-karat gold and plated in 24-karat gold, according to its Nate D. Sanders lot description. Alfred Nobel’s portrait is on the medal’s obverse along with Nobel’s name and years of birth and death.

On the reverse is a portrait of the Goddess Isis and a woman holding up her veil, a representation of the genius of science. Encircling the reverse portrait are the words “Inventas vital juvat excoluisse per rates,” which means “And they who bettered life on earth by their newly found mastery."

Lederman’s name and the year of the medal's issue, in Roman numerals, appear at the bottom of the reverse, as is the abbreviation “Reg. Acad. Scient. Suec.” for The Royal Swedish Academy of Sciences.

The medal weighs just over 6 ounces and measures 2.5 inches in diameter.

NBC News reports that Lederman has not said what he plans to do with the money from the sale, but quoted Fermilab, where the scientist worked, as stating Lederman and his wife hoped the auction would raise awareness of physics research.