A taste of the Netherlands comes to Berlin 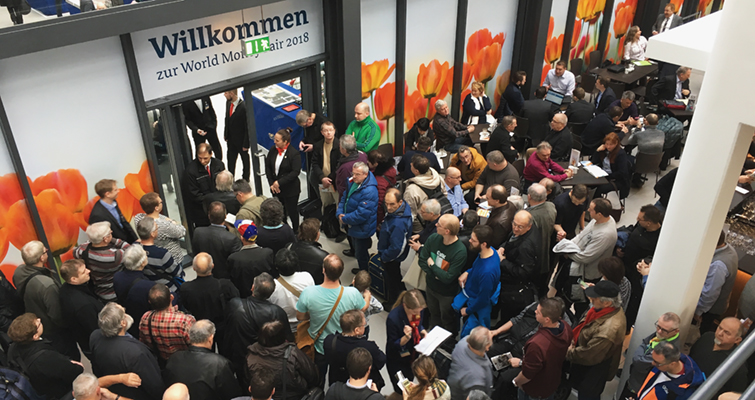 A crowd gathers at the main entrance to the World Money Fair in Berlin Feb. 2 right before the bourse opened to the public for the first time in 2018. 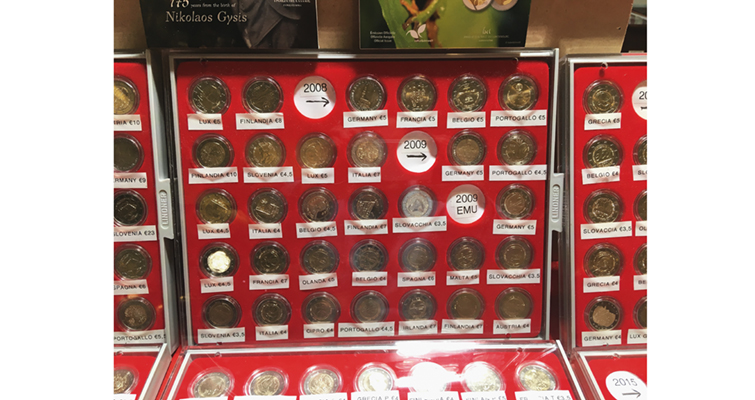 Dozens of dealers fought to win the business of collectors buying circulating commemorative €2 coins, which generally are affordable for all collectors. 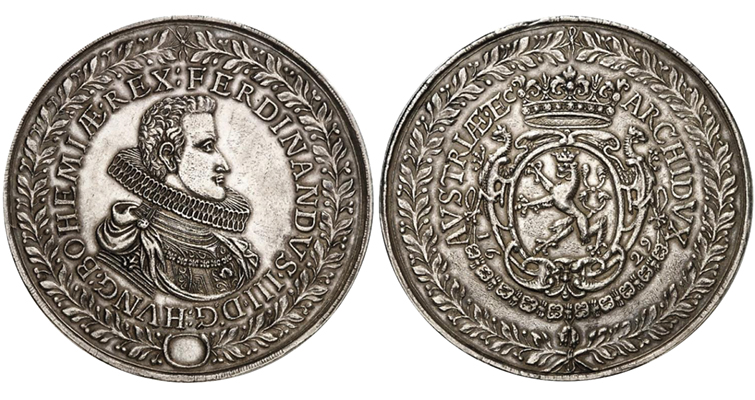 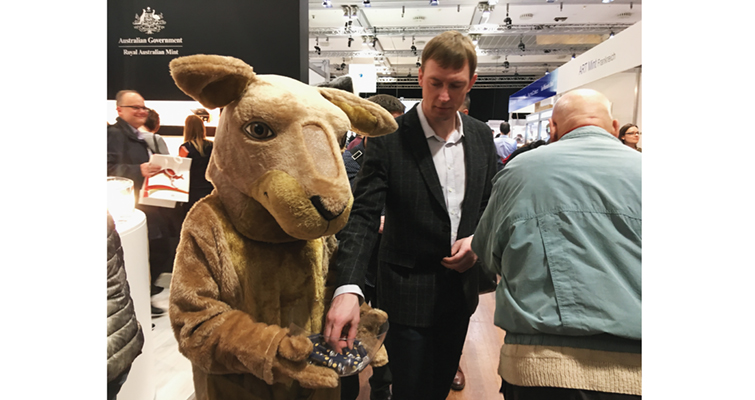 An animal ambassador from the Royal Australian Mint greets a fairgoer in Berlin. 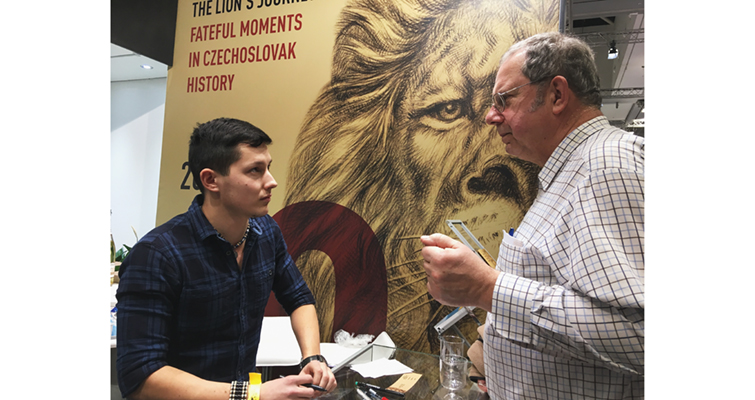 The Royal Dutch Mint brought a taste of the Netherlands to the World Money Fair as the guest of honor for the 2018 event Feb. 2 through 4 in Berlin.

When coin collectors think of waffles at coin shows, they might imagine damaged coins that have been “waffled” by machinery to render them obsolete.

The Royal Dutch Mint’s idea of waffles, though, was the nation’s famous stroopwafle, whose taste and scent drew crowds to the guest of honor’s booth at the entrance to the main hall of the fair.

The show was also a numismatic smorgasbord for collectors from Europe and around the world, drawing a reported 15,000 attendees during the three public days of the event.

One of the stars of the sale was the 1629 silver “sixfolded reichtaler” of Holy Roman Emperor Ferdinand III.

The day was marked by one of the longest auctions for the firm during the World Money Fair.

When the show opened the next day, collectors were greeted with a larger bourse area for coin dealers, as technical suppliers that were usually found at the back of the floor were moved to a brand new hall nearby. In addition, the lobby of the Estrel Convention Center was remodeled since the last fair, allowing more space for attendees to congregate in line.

The show offered a mix of items from the low end to the high brow; dealers selling circulating commemorative €2 coins at small premiums over face value were as ubiquitous as the auction houses and dealers offering rarities priced for tens of thousands of euros each.

But Berlin, like no large American show, is dominated by the affordable collector level items, with bank notes as little as 35 cents available at some tables.

Attendees can find privately issued year sets of euro coins stacked next to official issues, and bullion dealers engaged in brisk selling, with armed guards accompanying every corner of the booths.

Despite the busyness of the show, and the large attendance, many mint officials and dealers lamented decreased business especially in the $500 equivalent and higher range.

Bullion sales in 2017 were down worldwide, and mints are scrambling to jolt their home markets with innovations.

One such innovation, the 2016 German €5 coin with colorful polymer rings, earned the Coin of the Year Award from Krause Publications, the first time Germany has landed the honor since its inception in the early 1980s. 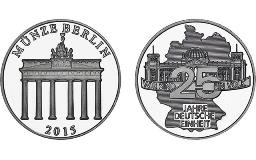 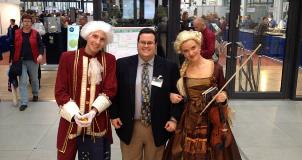 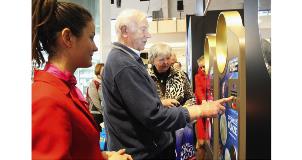