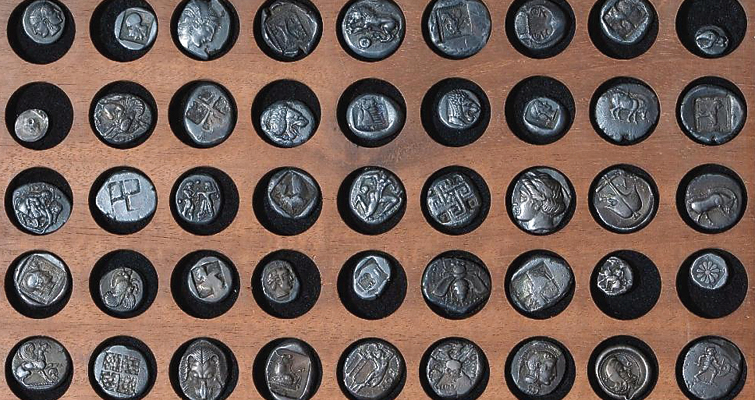 A “ready”-made collection of electrotypes is being offered in a Nov. 21 auction in London.

Few collectors actively seek out counterfeit coins, but a certain class of copies draws big interest in the modern market.

A collection of 692 late 19th and early 20th century electrotypes of ancient Greek and Roman gold, silver and copper coins, is being offered as a single lot during Baldwin’s of St. James’s Nov. 21 auction in London.

Most pieces in the auction comprise separate, presumably uniface, obverses and reverses, most of which bear the designs of exceptional examples from the British Museum and other institutions.

In addition, a number of signed pieces are the work of a 19th century forger who was hired by the British Museum to make  copies of its holdings.

The pairings are placed side-by-side in a deep-front, stacking mahogany cabinet (included in the lot offering), all together having an estimate of £3,000 ($3,858 U.S.).

Beyond the uniface examples, telltale signs of electrotypes include a casting seam at the edge, some lack of sharpness in letters and details, and often an incorrect weight.

The Ready family created electrotypes of more than 800 Greek coins and a large number of Roman coins.

Ready’s works are very collectible today, and are occasionally offered by auctions. The pieces were stamped with R or RR on the edge to identify their origin.

The museum sold Ready pieces from the late 19th and early 20th centuries to collectors “in the belief that they encouraged scholarship and the appreciation of ancient numismatic art,” wrote Wayne Sayles, in Classical Deception: Counterfeits, Forgeries and Reproductions of Ancient Coins. “In reality, they provided a ready resource for many a forger and were eventually discontinued.”

Because the Ready electrotypes sold by the British Museum were inexpensive, other forgers could purchase the mistaken masterpieces as models for their own fakes.

Almost every significant ancient Greek coin is represented in the set, according to the auction firm, and several Roman Republican denarii are also included. 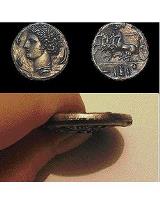 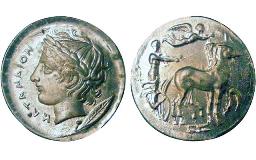 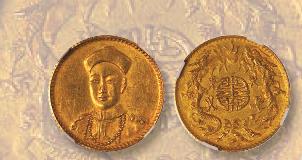