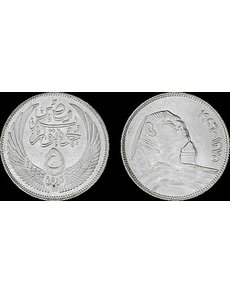 Say “cheese,” Sphinx. Minted in the mid-1950s by Egypt in six different denominations, including the 5-piastre coin shown here, this design’s perspective provides a tourist’s eye view of a sphinx, up close from below. 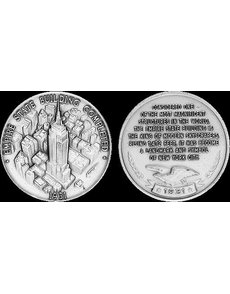 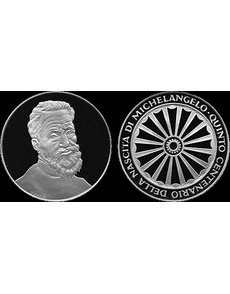 If you were allowed to lie down on the marble floor of St. Peter’s Basilica in Vatican City and look straight up at Michelangelo’s dome, this is what you would see. This medal was issued to celebrate the artist’s 500th birthday in 1975. 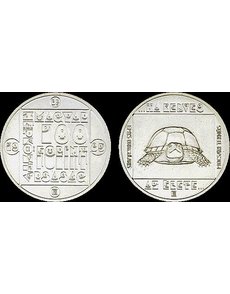 Pond turtle ahead. This perspective is simple but personal. The viewer gets to go nose-to-nose with the subject for a special kind of wildlife introduction on Hungary’s 100-forint coin from 1985. 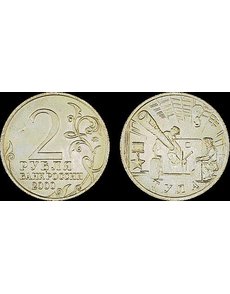 The business end of a cannon appears on this coin. Of the various views that Russia could have chosen to depict a cannon, this is one that shows bold thinking. Even a small coin like a 2-ruble can offer an interesting perspective. 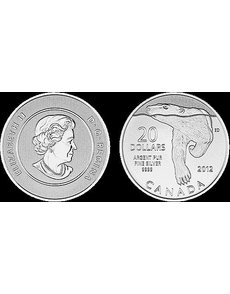 Swimming with a polar bear without getting wet, with a coin. This perspective brings the viewer right into the scene with the subject, above and below the waterline. Different finishes create the surface distinctions on the reverse of this 2012 Canadian silver $20 coin. 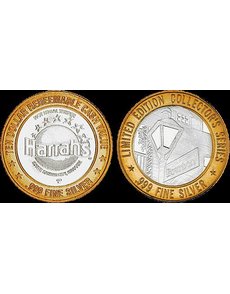 Before GPS, people used street signs. The perspective on this ringed-bimetallic $10 casino token is that of the tourist who has just looked up and found Bourbon Street, a major attraction in New Orleans. 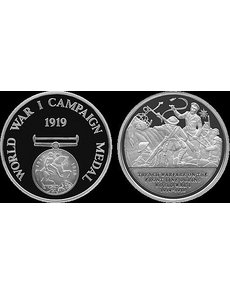 In the trenches, literally. This medal portrays life in a World War I trench from the perspective of the soldier, with realistic details like a bomb exploding overhead and a warplane.

The word perspective has several meanings in numismatics, all of them involving creativity.

For example, when you see a vignette on paper money that has a sense of depth, it can be said that the artist used perspective. In this case, it is the technique of representing three dimensions (height, length and depth) on a surface with two dimensions (height and length).

But perspective is more than great depth. It can be a unique position, as in the placement of the main element in the coin or medal’s design. Perspective is also a special point of view. Finally, perspective is synonymous with a sweeping panorama.

Perspective collectors look for coin and medal designs that jump out and pull the viewer in. The subject matter can be commonplace but must be presented in an uncommon manner. These are designs so creative and bold that they demand a double take.

Canada has put polar bear designs on both circulating and commemorative coinage but in 2012, the Royal Canadian Mint chose to design outside the box.

The perspective on the RCM’s Swimming Polar Bear commemorative $20 coin is a bear paddling right past the viewer who can see the animal’s body simultaneously above and below the water line. The viewer is not a passive tourist watching from the safety of a boat, but is right there in the water swimming with the polar bear.

Sometimes, the designer must act counterintuitively to find a unique perspective.

This is what Egypt did in the 1950s with a series of coins spanning several years and denominations that depict a large sphinx. Instead of drawing the structure from a distance to encompass it all, they went close-up, from below. This gives the viewer an “I was there” tourist’s perspective on an ancient wonder. This series remains popular with collectors and coin pendant makers to this day.

It is especially challenging for designers to give perspective to small coins but Russia tried in 2000 with a 2-ruble coin commemorating cannon manufacturing.

Instead of showing one from the side in its entirety, Russia went for a head-on view, almost looking right down the narrow barrel. This coin practically invites the viewer to be the cannonball. We don’t see what the entire weapon looks like, but this limited view is more interesting.

The sight of a pond turtle basking on a log in the summer sun is the most pleasant way of all to be introduced to one. Or is it? The nation of Hungary decided on a more personal perspective in 1985, a simple nose-to-nose approach. The 100-forint wildlife commemorative is the result. Viewer, meet turtle. Turtle, meet viewer.

The completion of the Empire State Building in New York City in 1931 made it the tallest building in the world.

The Danbury Mint chose this event for its 1974 series titled the “Medallic History of America.” The private mint singled out this one building amid the concrete jungle by flying above it to give the viewer a bird’s-eye view. This is perspective as both unique position and as amazing vista.

A small shift in perspective can make a huge difference. For example, what if you need to look straight up — not just up — to appreciate the true beauty of a masterpiece?

What initially resembles a wagon wheel is the inside of the dome of St. Peter’s Basilica in Vatican City. The medal was issued in 1975 to celebrate the quincentenary of the birth of the dome’s designer, Michelangelo. With this perspective, the viewer can gaze upon the perfection of the dome without waking up the next morning with a neck-ache like so many Vatican City tourists have to endure.

Some everyday expressions date back to a time that no one alive can recall. To say that one is “in the trenches” is an example of this. One medal that attempted to depict what World War I trench warfare was like chose a perspective that illustrates that expression. This medal takes the viewer down into a soldier-dug trench with a warplane buzzing overhead and a bomb exploding nearby.

Navigating New Orleans during Mardi Gras can be a challenge. Before there was cell phone GPS, people relied heavily on street signs, a bygone era relic celebrated in the design of an undated Harrah’s Casino ringed-bimetallic $10 token. The perspective is that of the wandering tourist who has just looked up and realized that the goal is in sight. You can almost hear the out-of-towner exclaim, “Bourbon Street, at last!” ¦