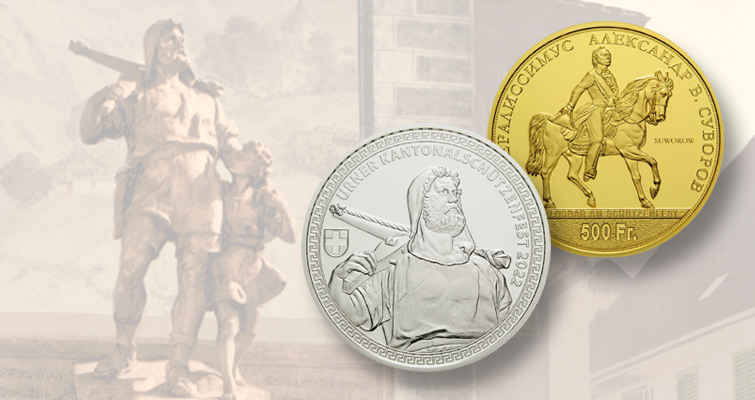 Switzerland’s 2022 shooting festival talers are available for pre-order, with delivery in February. The gold version shown has a mintage of 150 pieces.

Switzerland’s annual shooting taler is now available for preorder in advance of its February release date.

Swiss shooting festivals date back to the 15th century when festival participants used crossbows in shooting contests. The legend of William Tell recalls this tradition. Another tradition since the 19th century is silver and gold medallic versions of the traditional coins used to help mark and promote the event.

The designs are identical except for the expression of value on the reverse.

The obverse shows William Tell himself, with crossbow arched over his shoulders. It is based on an 1895 statue of Tell and son in Uri’s capital city of Altdorf, and is featured on several previous Swiss coins and medals, including the 1986 shooting taler.

The reverse is unusual in that the surrounding legend is mostly in Russian, translating to Generalissimo Alexander V. Suvarov, identifying the man mounted on a horse. Suvarov is considered a folk hero in Switzerland. In 1799, Russian forces fought with the Swiss against Napoleon’s French army in Uri. When the Russians were defeated at the Second Battle of Zurich, the army, under Suvorov, was forced to retreat out of Switzerland though the Alps in winter — the first time this was done since Hannibal and his Carthaginian army did it during the Second Punic War in 218 BC.

Shipping and handling cost an additional $6 per order.

The talers are expected to sell out, and late orders may not be filled, according to the Coin & Currency Institute, which is the North American distributor. To learn more, or to order the talers, visit the firm’s website, www.coin-currency.com. 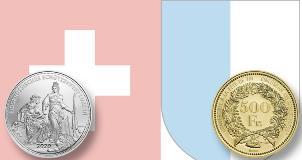 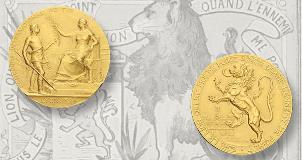 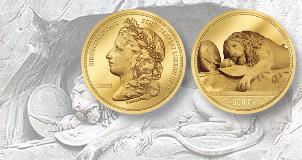