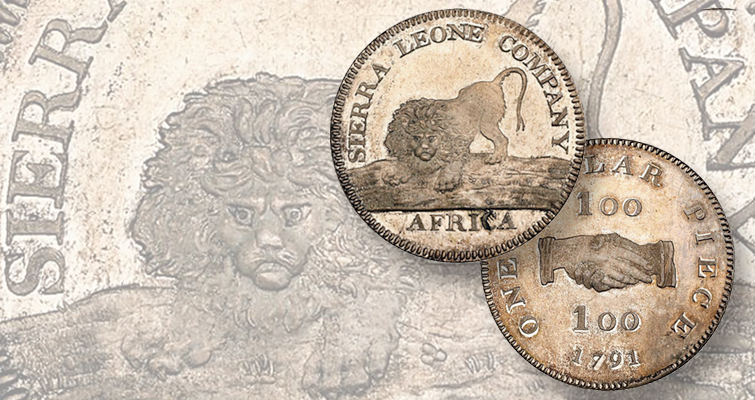 After disease and warfare wiped out the early settlers, the Sierra Leone Company took control of the country, and eventually transferred the lands to the United Kingdom in 1807.

Before the company ceded control, it commissioned a series of coins to be struck by Matthew Boulton and James Watt’s Soho Mint in Birmingham, England.

The coin was among a small selection of pieces once owned by abolitionist Granville Sharp, and is part of a larger collection from the Archbishop Sharp family collection sold by Morton & Eden.

Designs in the series are similar, showing a crouching lion on the obverse of the coin.

Boulton’s appreciation for the design manifest itself in a series of presentation pieces he struck, with various mintage figures for different denominations.

The example sold by Morton & Eden is among those rare pieces.