How to start a medal collection 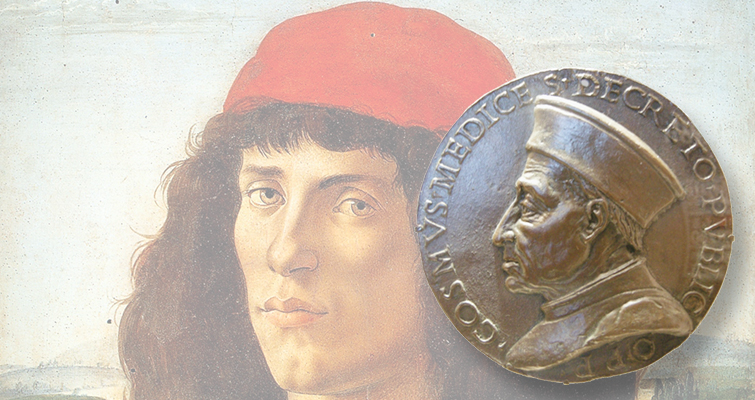 The art of collecting medals is not an easy skill to acquire. Coin World's multi-part series outlines four ways that one can go about organizing a medal collection. 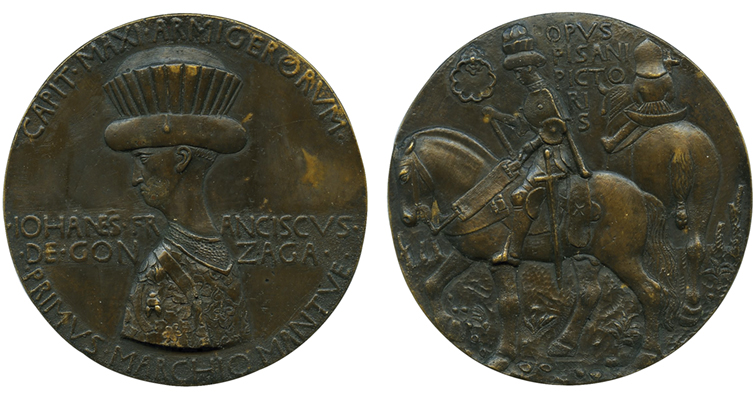 Starting in the 1430s until his death around 1455, Italian Renaissance artist Pisanello essentially created the modern art medal. On this bronze medal he depicts John Franciscus Gonzaga, and the horses on the reverse explore the use of perspective to depict objects in space. Images courtesy of Heritage Auctions. 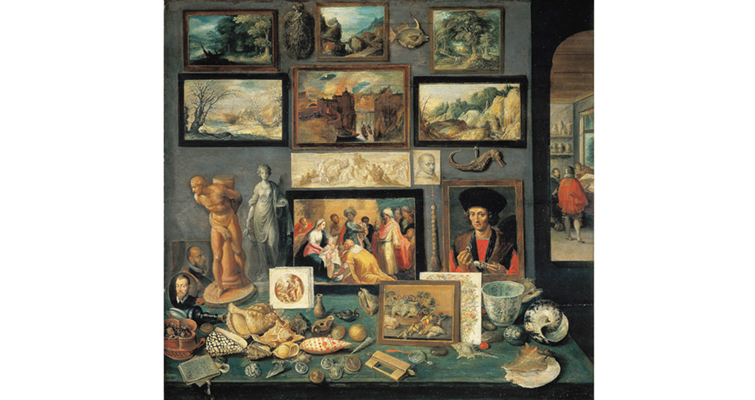 Franz Francken the Younger’s 1636 painting of a chamber of art and curiosities in Vienna’s Kunsthistorisches museum shows the tradition of collecting medals after the Renaissance, a tradition that continues today. 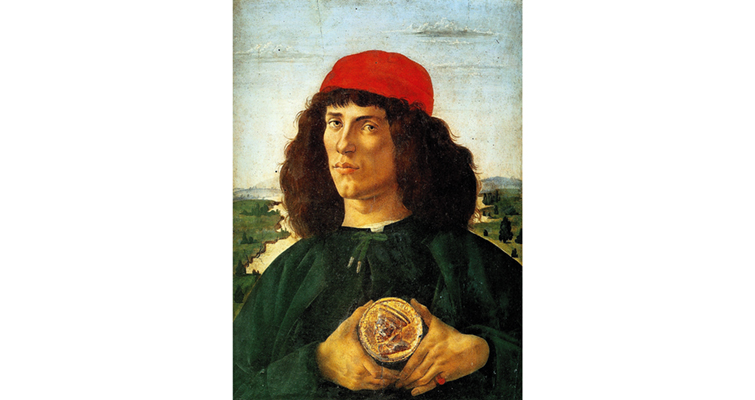 Botticelli’s painting "Portrait of a Man with a Medal of Cosimo the Elder," from around 1475, combines the painted arts with the medallic arts, with both elements showcasing the individual, a trait that is a celebrated Renaissance concept and essential to understanding the development of the medal.

The following is the first in a multi-part series from our Dec. 5, 2016, issue of Coin World about collecting medals:

Medals can be a?daunting area to col­lect. They are similar to coins in that they are (generally) round and (usu­ally) fit in the palm of one’s hand, but unlike coins, medals are not meant to be spent.

Coins are typically issued by a government to serve a monetary function, while medals are issued for a more diverse set of purposes. Both medals and coins can function as art, but medals often have the advantage of providing artists with both a larger “canvas” on which to work and fewer functional requirements, such as mottoes and the like.

As Mark Jones writes in his book The Art of the Medal, “Medallic art is a specialized activity which can only be supported in a sophisticated society in which a number of people have enough surplus income to support activities unconnected with the primary need for survival.”

While inspired by the cultures of ancient Greece and Rome, the creation of medals started during the Italian Renaissance and is largely a European tradition. Jones surmises, “the most interesting reason why medals have been specific to Europe is that they are bound to it by what has, historically, been their utter dependence on the cult of the individual.” True, most medals bear portraits, but they also celebrate events, nature, and human achievements.

The medal has its roots in Roman culture, but really took off in the early Italian Renaissance when artists like Pisanello explored and pushed the possibilities of medallic art. He applied the Roman model of large, portrait-based medallic issues and enhanced it by applying the new developments in depicting perspective that were taking place in the early 1400s.

Pisanello took up medal-making later in his life, working through his design ideas with highly finished preparation drawings and utilizing modeling and relief to bring his medals to life. Today his medals are considered among the finest ever produced.

Each generation of artists since the Italian Renaissance put their stamp on medallic art, recording history and the major movements of art history.

Since medals are durable, portable and have a relatively low cost of manufacture, they serve as tools showcasing a nation’s artistic achievements while also sometimes serving more nationalist goals as pieces of propaganda.

It is this very diversity — the individuality that is the root of medals — that makes starting a medal collection seem to be overwhelming. With a tradition spanning seven centuries and tens of thousands of examples, where does one start?

This multi-part series will outline four ways that one can organize a collection of medals. From building a set, to collecting the work of a single artist; from collecting medals depicting a person to those celebrating an event — breaking down a large field like medallic art into segments provides a manageable entry point into the wide field of medal collecting.

While not meant to be exhaustive, this is intended to be a primer to showcase that a collection of medals — like medals themselves — can be individualized, and it is this individuality that captures the spirit of medallic art. 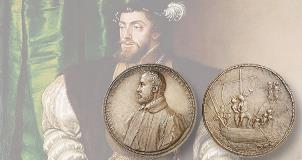 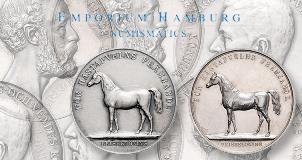