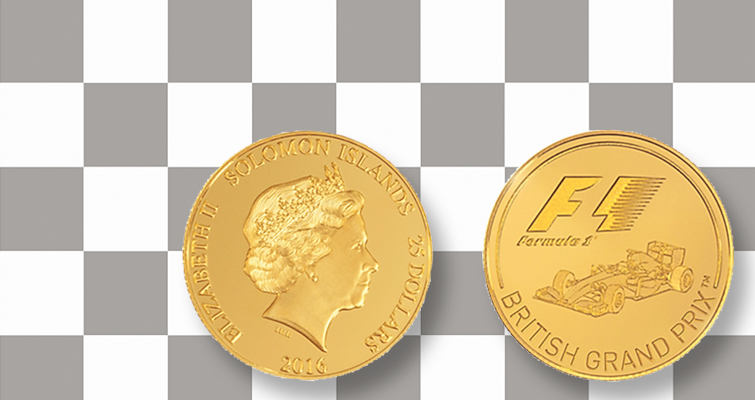 Minted by Swiss-based PAMP S.A., the Proof British Grand Prix Formula 1 quarter-ounce $25 coin is struck from .9999 fine gold. It measures 22 millimeters in diameter and has a mintage limit of 5,000 pieces per race. 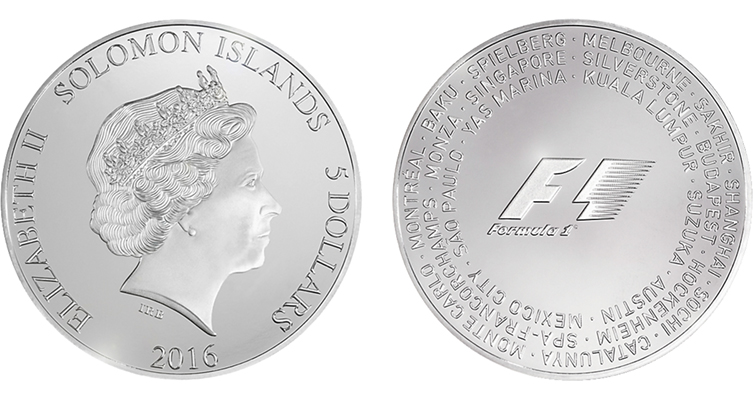 The Proof silver 2.5-ounce $5 coin features the names of all Formula 1 races in its design. 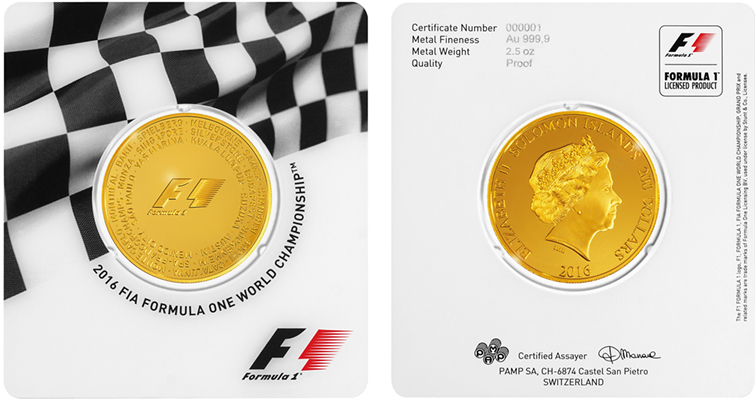 Rosland Capital Group, a leading precious metal seller, on June 15 will unveil its global distribution of a new collection of gold and silver coins officially licensed by Formula One World Championship Limited.

Minted by Swiss-based PAMP S.A., and created in association with the global license-holders, UK-based Stunt & Co. Ltd., the limited edition, legal tender Proof coin collection will be available from Rosland Capital Group in the United States and United Kingdom.

The official Formula 1® collectible coins, available in 0.25- and 2.5-ounce formats, aim to celebrate the history and fans of Formula 1®. The coins will come in a variety of designs and collectible packaging, highlighting the season’s highly-anticipated races.

In 2016, the quarter-ounce gold coins will be available in multiple different packaging and designs celebrating events in the 2016 FIA Formula One World Championship – including the British Grand Prix™ and the Grand Prix races in Italy, the United States and Brazil.

Each coin incorporates a stylized view of a Formula 1® car, the name of the event and the Formula 1® logo.

The obverse of each coin features Ian Rank-Broadley’s portrait of Queen Elizabeth II together with the legal tender value of the coin.

Coins celebrating the British Grand Prix held July 8 to 10 will be available June 15.

The 2.5-ounce gold and silver coins each list the worldwide races of the 2016 Formula One calendar in concentric circles around the coin’s edge with the official Formula One logo shown in the center. The obverse of each coin features Ian Rank-Broadley’s portrait of Queen Elizabeth II together with the legal tender value of the coin.

“We are honored to be working with our friends at Stunt & Co. on this endeavor,” said Marin Aleksov, Chief Executive Officer of LA-based Rosland Capital LLC. “The coins are not only a way to celebrate the races, but also a unique keepsake for coin collectors and Formula One fans alike. The history of the races are truly brought to life in the coin series.”

It measures 50 millimeters in diameter and has a reeded edge. It’s mintage limit is 1,000 pieces.

The Proof quarter-ounce $25 coin is struck from .9999 fine gold. It measures 22 millimeters in diameter and has a mintage limit of 5,000 pieces per race.

The official Formula 1® coins are available for purchase via Stunt & Co.’s exclusive distributors, Rosland Capital Group, in the U.S. and U.K. For more information, visit a special page at its website or call 1-800-695-7585 for the United States and 0800 902 0000 for the United Kingdom. 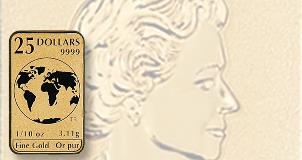 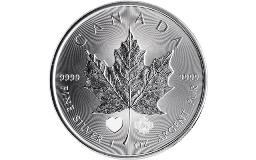