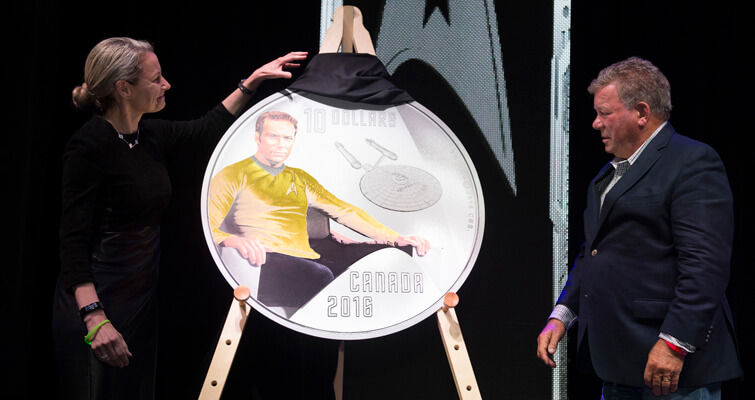 Royal Canadian Mint President and CEO Sandra Hanington and actor William Shatner unveil the first coin in a new collection celebrating the 50th anniversary of "Star Trek: The Original Series" at the Canada Aviation and Space Museum in Ottawa, Ontario on May 12, 2016.

The Royal Canadian Mint shared on its Twitter page some cool things happening around the #StarTrek50 anniversary.

William Shatner, the well-known Canadian actor who played Captain Kirk in the original Star Trek television series, was on hand at the RCM on Thursday, May 12, to strike his own collector's edition silver coin.

Shatner, who's no stranger to numismatics, can be seen in the tweet below completing the striking process, and having a great time doing so.

This is not the first time Star Trek and the numismatic hobby have crossed paths:

Here's a look at the Captain at the RCM. 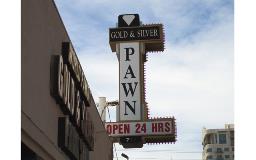 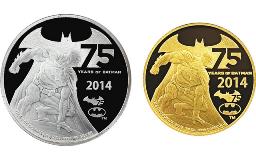 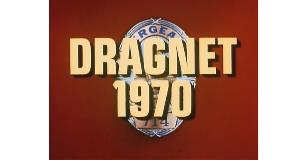