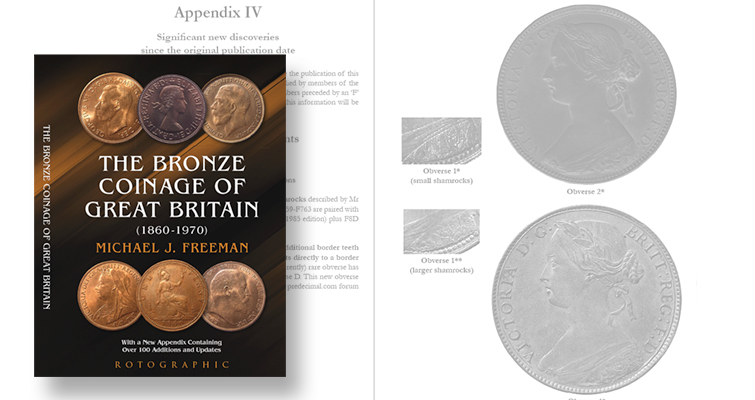 An updated, upgraded edition of Michael Freeman’s Bronze Coinage of Great Britain is due in mid-May.

What dealer Chris Perkins calls “Probably the most important and most referenced book on British bronze coinage, (the pennies, half pennies and farthings of 1860 to 1970),” has been updated and images upgraded after 30 years.

Michael J. Freeman’s The Bronze Coinage of Great Britain, set for debut May 16, is in a larger format than the most recent edition (which was published in 1985). In addition, the paperback book is slated to become available as an electronic book at a later date.

Perkins, along with collectors and others, upgraded some 80 percent of the images for the new edition, adding an appendix with more than 100 major coin discoveries since the work was last published.

According to Perkins, the Freeman numbering system, often abbreviated with an F prefix, is used around the world by sellers of British bronze coins, including all major international auction houses and most dealers, to distinguish among “Freeman” varieties.

Where new information applies, the main text refers readers to the new appendix, which registers some 18 pages long. 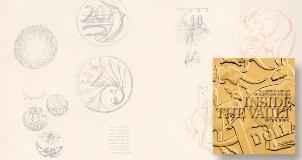