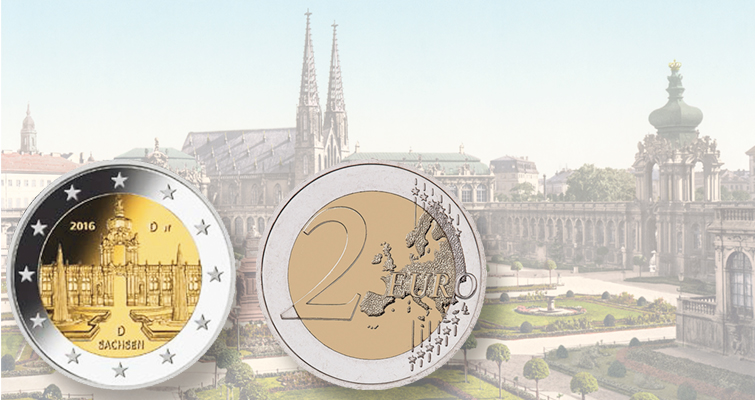 Germany has unveiled the design for its 2016 circulating commemorative €2 coin in the annual Bundesländer series.

The coin celebrates the Dresden Zwinger, a Rococo palace, in Saxony. Formerly part of a fortress, the space currently serves as museum galleries. The coin is scheduled for release on Feb. 5, 2016, with a mintage of 30 million pieces distributed evenly (six million each) between Germany's five mints.

The coin is the 11th coin in the annual Bundesländer or Federal States series, which showcases one state in the nation every year. The series began in 2006 and is scheduled to complete after honoring all 18 states.

The 2016 coin’s obverse design shows a view from the inner yard of the Dresden Zwinger, including the Crown Gate.

The name of Saxony (in German, Sachsen), the D country code (for Deutschland) and the Mint mark of the respective mint (A, D, F, G or J) also appears, as do the JT initials of coin design Jordi Truxa and the 2016 year date. 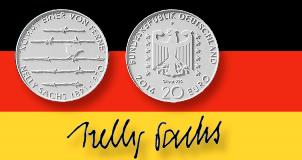