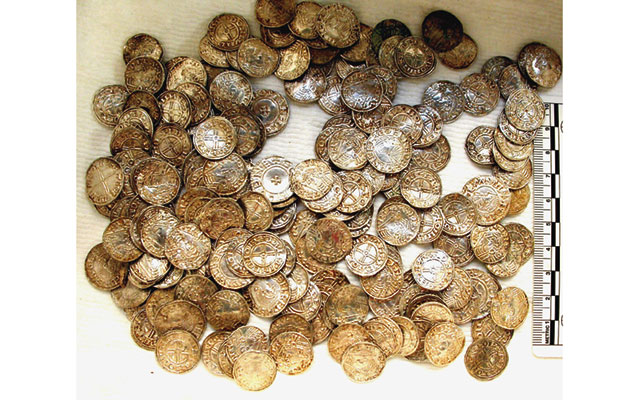 5,251 Anglo-Saxon coins unearthed in December 2014 are now an official treasure. The thousands of coins could be valued over £1 million.

1. Portion of Anglo-Saxon coin hoard is ready for display

A British Museum coroner has given permission to display "about 20" Anglo-Saxon coins from a hoard unearthed late last year by an amateur metal detectorist, according to BBC News.

The coins set for display are a small portion of the 5,251-piece hoard of 10th and 11th century coins unearthed last December and valued at £1.3 million, a find that is considered one of the biggest in the last 200 years in the UK. Paul Coleman, a 59-year-old member of the Weekend Wanderers Detecting Club, was the lucky explorer who came across the hoard as he was scouring a large field just north of Buckinghamshire.

The coins, which depict the heads of past kings, are said to be from 40 different mint facilities around England.

"The Confederate half dollar would be in a category similar to the 1804 dollar. The four pieces struck by the Confederacy were never issued or intended as money. Rather, they were struck as souvenirs, including reportedly for CSA President Jefferson Davis."

Read the latest in a series on coins with shady backgrounds.

The United States Mint will begin accepting orders for the $10 coin on August 27.

Find out how to purchase yours.

Kitco.com listed the following prices per ounce as of 11:50 a.m. ET Monday: 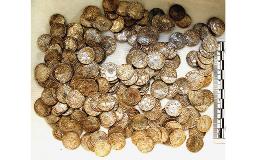 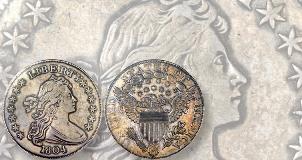 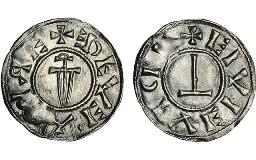