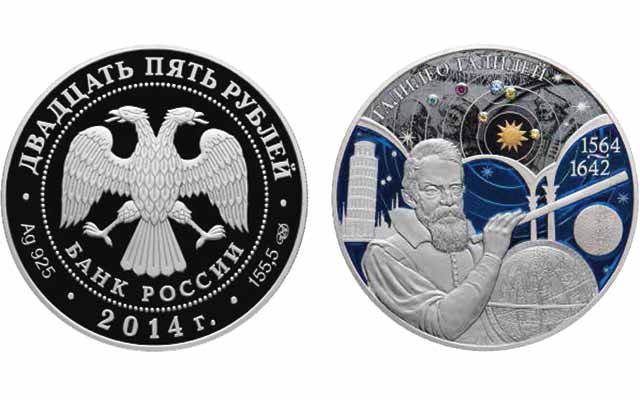 The winners of the Ninth Commemorative Coin Contest “Coin Constellation-2015” were announced on June 25, 2015.

That day the Awarding Ceremony in which the results of the competition were summarized took place in Moscow in the Radisson Slavyanskaya hotel under the Sixth International Coin Conference and Exhibition COINS-2015.

Russia’s Central Bank, the Saint Petersburg Mint and the corporation of which the mint is part, Goznak, were awarded top honors, the Coin of the Year award.

Coin Constellation is the only international commemorative coin contest held in the Russian Federation.

From year to year the number of participants of the contest increased. This year 12 new companies took part in the competition, among them mints and distribution companies from France, Australia, Germany, Poland, Italy (including the Italian State Mint), the United States (the U.S. Mint), the Czech Republic, Iran (the Central Bank of the Islamic Republic of Iran) and commercial banks in Russia.

Applications with images and description of coins were received from 46 organizations from 29 countries. These are well-known world mints, national and commercial banks, leading distributors of coins. In total 240 commemorative coins and 23 coin series issued from Jan. 1 to Dec. 31, 2014, took part in the Coin Constellation-2015 contest.

All images of coins with their detailed description submitted to the contest were judged by members of the International Jury, which consists of experts from museums, auction houses, numismatic associations and specialized publications about the coins.

The winner of the 10th nomination – “People’s Choice Award” – is determined by online voting on www.Gold10.ru. Anyone could vote in the period from April 15 to June 15, 2015.

During the Awarding Ceremony the Special Prize of the Organizing Committee was also announced.

The winners are as follows:

The winner is the coin The White Book, presented to the contest by the Bank of Latvia. The silver coin commemorates the 100th anniversary of publication of The White Book by famous Latvian author and painter Janis Jaunsudrabinš.

The winner is the Russian commemorative coin “The 250th Anniversary of the Foundation of the State Hermitage." The complex of buildings of the State Hermitage in Saint Petersburg: the Winter Palace, the Small Hermitage, the Palace Square, the Alexander I Column and the facade of the General Staff Building are depicted on the reverse of the coin.

The winner is the coin FIFA World Cup minted by Monnaie de Paris. The coin has a dome shape. On the obverse, the map of Brazil is cut out from a pattern composed of elements of indigenous flora and fauna. On the reverse, the Maracanã stadium is shown in aerial view.

The title of “the most classic coin” is given to the coin Polish Olympic Team, Sochi 2014. This coin is dedicated to the Polish team that represented Poland during XXII Olympic Winter Games in Sochi, Russia.

The professional Jury chose as “the most interesting souvenir coin” the coin “Wheel of Fortune” presented by the International Coin House AG (Switzerland). The coin has the shape of an ancient cart wheel (filigree, with the spokes). The coin was minted by B.H. Mayer’s Mint, Karlsfeld, Germany.

Notably, the U.S. Mint’s 2014 silver dollar for the National Baseball Hall of Fame earned second place in this category.

Series (issue) of the Year

The winner is the series “Aureus Novus” presented by the Papal Mint, Poland. On each reverse there is a replica of an ancient coin and the modern visualization of its subject. On each coin there is also a Latin sentence connected with the subject depicted on the coin. The coin is produced by B.H. Mayer’s Mint Karlsfeld, Germany.

Silver Coin of the Year

The winner is the coin “Form” presented by the Bank of Lithuania. This coin also received the second place in the nomination “Original Technology."

Gold Coin of the Year

The Gold Coin of the Year 2014 is the Baccarat coin by Monnaie de Paris. This coin is dedicated to the 250th anniversary of the crystalware manufacturer Baccarat. The insert is a red crystal octagon.

Coin of the Year

The winner is the coin “The 450th Anniversary of the Birthday of Galileo Galilei.” It is dedicated to the jubilee of the great scientist.

Special Prize from the Organizing Committee 2015 is given to the coin “The First World War” presented by the National Bank of the Republic of Belarus.

The winner in the nomination People’s Choice Award was chosen by the results of the voting on www.Gold10.ru. It is the coin Charlie Chaplin – 100 Years of Laughter, minted by The Perth Mint, Australia.