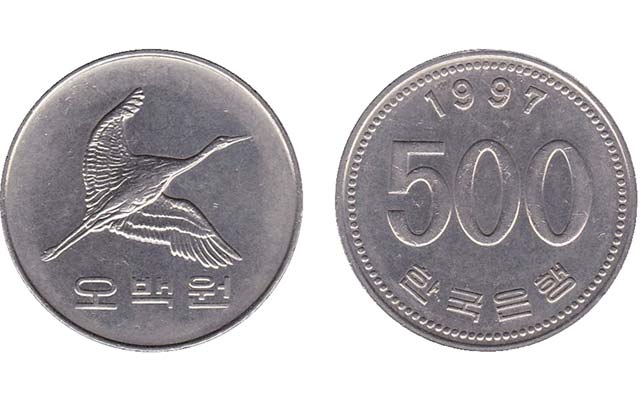 Demand for South Korea’s highest denomination circulation coin, the 500-won, has been on fire during the first five months of 2015, driven reportedly by an increase in cigarette taxes.

Demand for South Korea’s 500-won coin, the highest circulating coin denomination, has caught fire, according to a local media report.

The Chosun Ilbo newspaper reported that an increase in cigarette taxes earlier in 2015 explains why the Bank of Korea introduced into circulation 15.4 billion won ($13.7 million U.S.) worth of the coins from January through May.

The copper-nickel coin shows a crane. It weighs 7.7 grams and measures 26.5 millimeters in diameter, or the same dimensions as the Sacagawea $1 but slightly lighter.

The coin's face value is equivalent to about 44.5 cents U.S.

The 500-won coins are the most efficient way to make change for cigarette purchases. The taxes were raised from 2,000 won per pack to 4,500 won per pack, the newspaper reported.