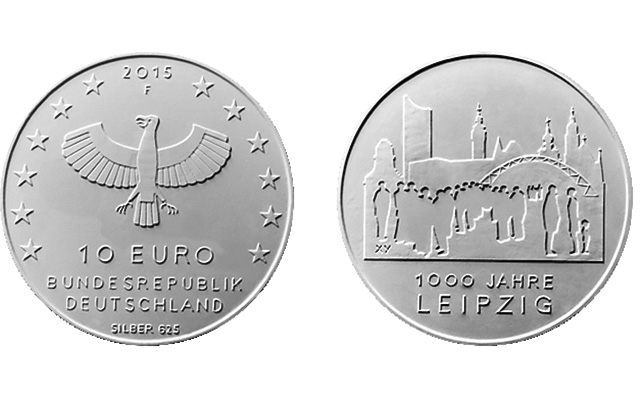 Leipzig, in east-central Germany, is a center of economics, culture and science, and has been for 1,000 years.

A 2015 commemorative €10 coin from Germany will celebrate the millennium of Leipzig.

The reverse silhouettes a group of people against an architectural cityscape, representing the integral role of the citizenry in shaping the city, according to the coin announcement from the German Federal Ministry of Finance.

The obverse depicts the German eagle, the year 2015, the name of the Germany in German, the denomination, the 12 stars of Europe and the F Mint mark, indicating the Stuttgart Mint will strike the coin.

The coin is due for release in July.