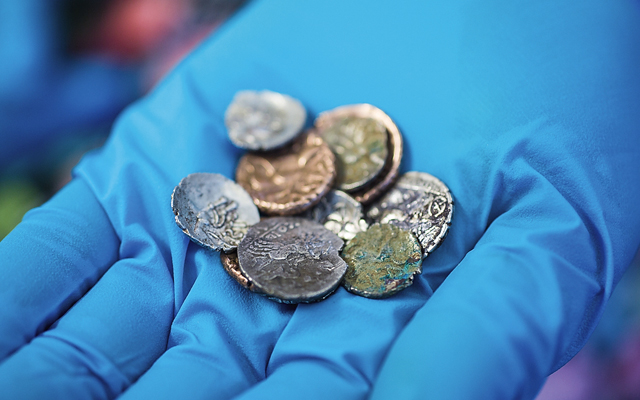 Twenty-six Late Iron Age and Roman coins were unearthed inside a cave in Derbyshire, England. 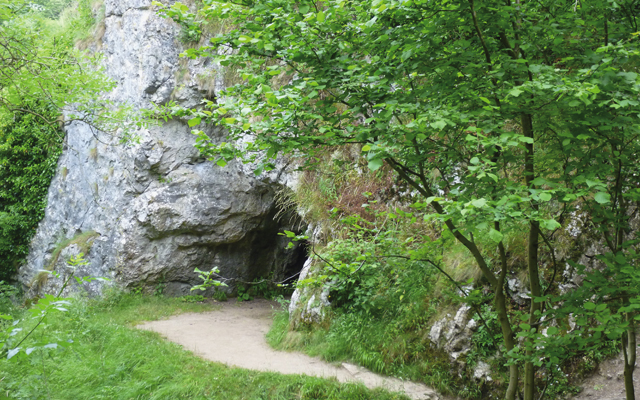 Reynard’s Kitchen cave in Dovedale, Derbyshire, was where the hoard was unearthed after a member of the public came across the first four coins.

More than two dozen Late Iron Age and Republican Roman coins have been discovered in a cave in Derbyshire, England, according to a release from the National Trust.

The majority of the coins were unearthed during a National Trust excavation in Reynard’s Kitchen cave in Dovedale, Derbyshire, after a member of the public came across the first four.

"In total we found 26 coins, including three Roman coins which pre-date the invasion of Britain in AD 43," National Trust archaeologist Rachael Hall said. "Twenty other gold and silver coins are Late Iron Age and attributed to the Corieltavi tribe. The tribe is more usually associated with occupying areas further east during the Late Iron Age, where the tribal centers are thought to be Leicester, Sleaford and Lincoln.”

The Iron Age in Britain took place between 800 B.C. to the A.D. 43 Roman invasion, according to the British Museum.

The National Trust release says finding Late Iron Age coins is unusual enough, but finding them buried in a cave alongside Roman coins certainly adds an element of mystery.

“Coins hoards of this era in Britain have been found in fields and other locations but, as far as we know, not in a cave which raises some interesting questions,” Hall said.

The archaeologist said it’s natural to wonder if the Derbyshire area was a previously unknown power base for the Corieltavi tribe.

The coins have been cleaned by conservation specialists at the British Museum and University College London and will go on permanent display at Buxton Museum later this year.

Ian Leins, the British Museum’s curator of Iron Age and Roman coins, said that the hoard is not a large hoard but "has been declared treasure and is an exciting discovery given the puzzling location in a cave and the fact that it lies beyond the main circulation area of the coinage."

Reynard’s Kitchen cave is located on a steep-sided limestone gorge cut by the River Dove, according to the National Trust. The cave measures 14 meters long. It is 5 meters wide at its widest point, its opening, and 1 meter wide at its narrowest.

"We may never know why the coins were buried here but this discovery places a dot on the map for Late Iron Age Derbyshire,” Hall said. "It adds a new layer to what we are discovering about Late Iron Age activity, especially the Corieltavi tribe. We hope to generate a lively debate and invite people to tell us their thoughts on the discovery."

The National Trust excavated the hoard with the help of the University of Leicester Archaeology Service and the Defence Archaeology Group’s Operation Nightingale, which provides recuperation through field archaeology for service personnel injured in the war in Afghanistan and other areas of operations.