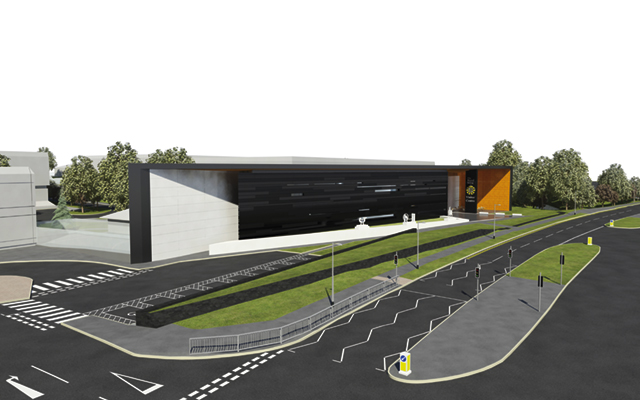 A draft graphic image previews what the Royal Mint’s visitor center may look like when it is opened next year. 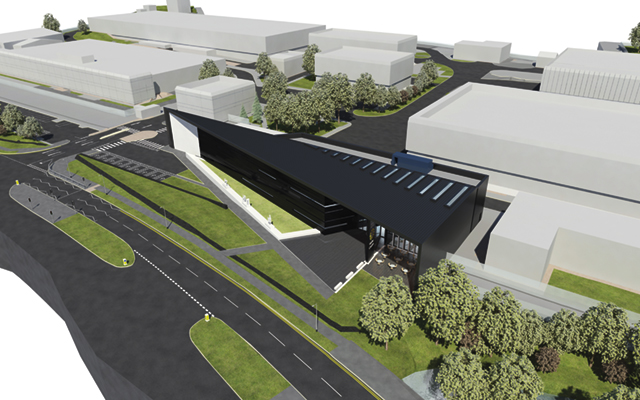 Plans for the Royal Mint’s visitor center place it at the front of the mint facility site, away from the actual production and office buildings. 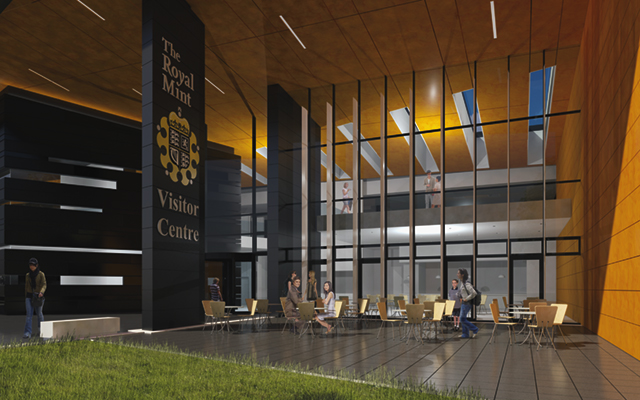 A rendering of the proposed visitor center for the Royal Mint shows an area for visitors to gather outside.

It takes money to make money, but it also takes money – nearly $13 million U.S. – to share the story of how money is made.

Britain's Royal Mint announced April 24 that, after securing partial funding from the Welsh government, it would move forward with a £7.7 million (about $12,961,121 in U.S. funds) project for a specially built visitor center at the mint facility in Llantrisant in south Wales.

The plans have been in the works for months, as Royal Mint officials continue to look for ways to connect with the public to tell the story of coinage. The visitor center will mark the first time in its 1,000-year history that Britain’s oldest manufacturing organization will officially open its doors to the public

The visitor center will allow the public “to get behind the scenes and see for themselves the people and processes that put the pounds and pennies in their pockets,” according to a statement from the Royal Mint.

Construction of the purpose-built visitor center at the Royal Mint’s home will begin this spring, subject to planning permission, and is expected to be completed during 2015.

Visitors will have the opportunity to take a tour of the Royal Mint to see exactly how the coins they use every day are designed and made. The tour will not just be of interest to residents of the United Kingdom – the Royal Mint currently makes coins, medals and blanks for approximately 60 countries worldwide, so visitors from around the world will be able to see where their coins are created.

Visitors will have the chance to strike their own coins during their visit to the new center, according to the Royal Mint.

Exhibits and interactive experiences are being created for inside the center, and will include “many rare and unusual coins and medals from the across the world,” according to the Royal Mint.

The exact nature of exhibits, technology and displays to be employed in the center will be determined as the development plans are finalized, which will dictate the final plans for the internal layout. “All will be revealed in due course – we are as excited as you are to get a glimpse of what will lie in store for our visitors,” said a spokesperson for the Royal Mint.

Royal Mint officials expect 200,000 visitors from the U.K. and the world annually.

The Royal Mint received a grant for £2.3 million ($3.87 million U.S.) from the Welsh government for the visitor center.

The funding enables the Royal Mint to create a number of new jobs both in the development and staffing of the center, according to Shane Bissett, director of commemorative coin and bullion at the Royal Mint, in a press release.

The visitor center will be at the front of the site, with all the buildings housing production facilities and offices behind it. Naturally, security is a “key attribute” of any visit to the Royal Mint, a spokesperson said, and will “be part of the visitor’s overall experience of their time at The Royal Mint” after the visitor center is opened. The Royal Mint is not usually open to the public, with the exception of special occasions and by invitation only.

Bissett said, “We receive large numbers of requests to visit from members of the public every year and have been exploring the opportunity of a visitor centre for some time. It gives us great pleasure to announce that this can now go ahead, and that people will be able to come here and see the work of one of Britain’s national treasures.”