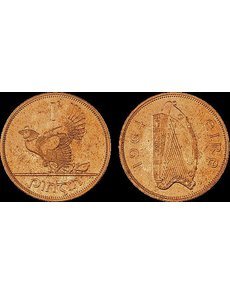 The famous Irish hen with chicks in a row penny is an early baby animal coin and a big hit with collectors since 1928.All items provided by Rita Laws for photography; Coin World photography by Ray Wilder. 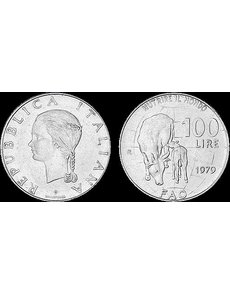 This Italian 100-lira coin from the United Nations Food and Agricultural Office series demonstrates closeness between a calf and its mother. 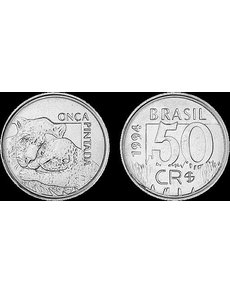 This face-to-face view of a mother jaguar and cub easily elicits a smile from the viewer. This Brazilian 50-cruzeiro-reai coin uses a close up to introduce us to this rare and generally solitary animal. 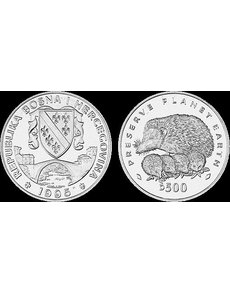 One of the first of many modern-day cute hedgehog world coins, this 1995 500-dinara coin from the Republic of Bosnia-Herzegovina features a litter of darling little hoglets. 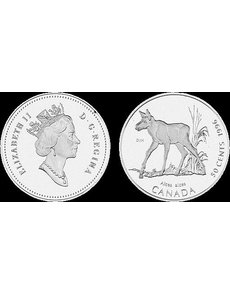 The newborn moose looks a bit shaky but has conquered gravity. The design is part of a series of Canadian 50-cent coins from 1996 showcasing baby animals. 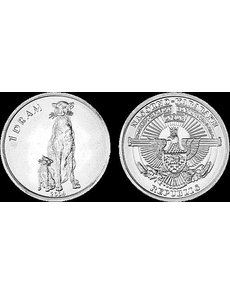 Is the mother cheetah teaching her cub to look for the antelope who has strayed from the herd? This Nagorno-Karabakh 1-dram coin showcases two generations of the cheetah side by side. 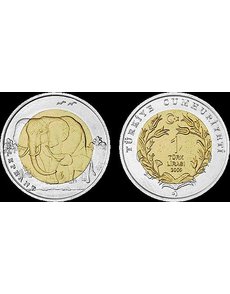 This elephant calf coin is part of a ringed-bimetallic series from Turkey that began in 2009 and is ongoing in 2013. Elephants communicate through touch, using their trunks like hands. 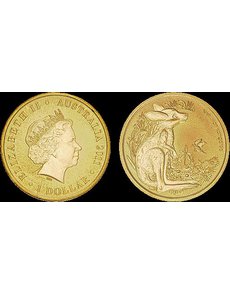 In topical world coin collecting, animal coins are number one. In the last 20 years, one type of animal coin has so often been a sellout that the hobby has seen a veritable population explosion of them: baby animal coins. The young of many species can be found but it is the cuteness factor that sells, especially sweet faces, creative angles and a scene that makes you say, “Ahhhhh.”

The granddaddy of baby animal coins might just be the two issued by Ireland as part of its first circulation coinage in 1928.

These two popular bronze coins, a barnyard animal halfpenny and penny, would be minted for the next 40 years and feature, respectively, a sow with piglets and a marching hen with chicks. A good numismatic trivia question is, “How many chicks are there?” Many will say four, but the correct answer is five.

For about three decades beginning in 1968, most young animal coins were FAO issues created under the direction of the United Nations Food and Agriculture Organization.

The program encouraged better development of food resources worldwide through coin design. A 1979 Italian 100-lira coin is an example of this program. It depicts a cow and her newborn calf. The sweetly pastoral nature of the scene helps bring attention to it and thus to the FAO message.

Some of the most dangerous animals are also attentive and tender parents.

The onca pintada cuddling face to face with her baby on the 1993 and 1994 Brazilian 50-cruzeiro-reai coin is also known as the jaguar. With the exception of mothers with cubs, who may remain together for up to two years, all jaguars are solitary animals. Two things that many people don’t know about these animals are that they roar, and that Arizona may still have a few wild jaguars left.

That may be why so many nations have featured this animal in the years since cuteness became a top world coin marketing strategy. The list of hedgehog coin issuers includes Mongolia, Kazakhstan, Latvia, Cook Islands, Belarus, San Marino, Poland, Armenia and Ukraine.

The 1995 Bosnia-Herzegovina 500-dinara commemorative coin with a hedgehog and four hoglets is one of the earliest of the modern hedgehog cuties.

Ironically, many people associate the hedgehog with Great Britain, a nation without a hedgehog coin. Currently, the beloved wild hedgehog is endangered there due to habitat loss, but a national campaign is under way to change that.

One of many Canadian animal coin series is the 50-cent group issued in 1996 and devoted solely to young creatures. It includes ducks, bears, moose, and cougars. In all but one instance, the coins show siblings at play.

The exception is the moose calf, a singleton birth, but a design no less interesting for the lack of multiples. It features a leggy newborn who appears to be acclimating itself to an upright stance. Is it about to take its first step?

Nagorno-Karabakh lies between Armenia and Azerbaijan in a forested and mountainous region.

Although technically part of Azerbaijan, it has been self-governing since 1994. In 2004, one of its first coin designs included an Asiatic cheetah with her cub. The two animals are shown sitting side by side on a 1-dram coin as if studying a herd of antelope in the distance to see if one has wandered away from the group. A cub stays close to its mother for the first 18 months, learning all of her hunting strategies.

Since 2009, the nation of Turkey has issued two new ringed-bimetallic 1-lira animal coins each year; however, only one of them includes a baby animal.

Turkey’s 2009 elephant lira with a copper-nickel center and brass ring shows a touching display of mother elephant and calf. The way the two animals are shown stroking each other with their trunks is realistic. This is a common form of elephant communication. The calf may be telling its mother that it wants to nurse.

The young animals depicted in the series are the koala, dingo, kangaroo, sugar glider (a gliding possum) and the bilby (a marsupial that lives in the desert). The Bush Baby kangaroo coin depicts its subject outside of the marsupial pouch so that we can see how large the feet of the joey are in relation to its body. These huge feet go on to serve the ’roo well for hopping but they will also be a big help for swimming. ¦