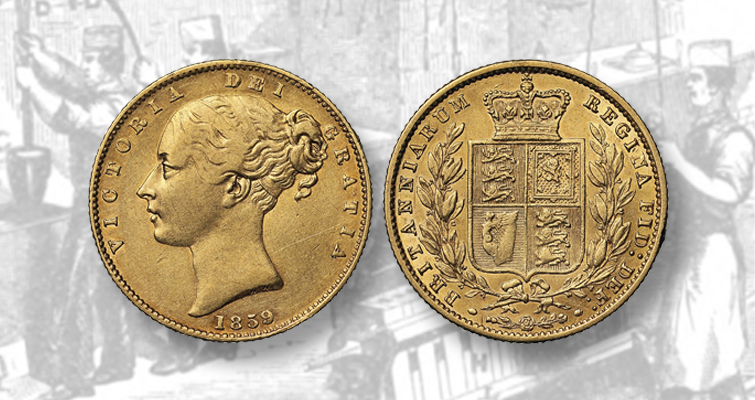 A rare variety of 1859 gold sovereign created from an alloy of gold by George Ansell was offered in auction April 27 in London.

When a batch of Australian gold was too brittle to strike into coinage in 1859, scientist George Frederick Ansell came to the Royal Mint’s rescue.

He discovered that the amount of antimony, arsenic and lead in the mix was problematic, and set about to modify the alloy enough to make striking coinage practical.

His efforts were successful, and the Royal Mint struck 167,539 gold sovereigns from this experimental alloy, compared to an approximate 1.5 million examples of the “normal” sovereign that year.

The only noticeable difference between this and the standard 1859 issue is an additional ribbon used to tie back Queen Victoria’s hair.

An example of this rare experimental sovereign issue was sold April 27 in Sovereign Rarities’ auction No. 3 in London, realizing £3,600 ($5,003 U.S.), including the 20 percent buyer’s fee.

The obverse features the Young Head type bust of Queen Victoria, and the reverse depicts a shield.

The ribbon difference is subtle and can be difficult to spot on worn coins. It was apparently placed in the design as a “marker” to allow Mint officials to see how the differently alloyed coins fared in circulation.

The man behind the method

Despite the success of this coinage, Ansell eventually lost his job in the Royal Mint circa 1867 due to internal quarrel, and then worked as an analyst.

He paid particular attention to the mining industry and patented a “firedamp indicator” as well as continuing to write articles on coining.

According to the auction house, Ansell is recorded on the 1871 census as an analytical chemist, married to Sarah with three sons and two servants at 27 Bernard St., London. Ansell died at age 54, around Christmas time 1880.

The coin in the sale is toned, with a few light surface marks, and is Very Fine, according to the auction house. 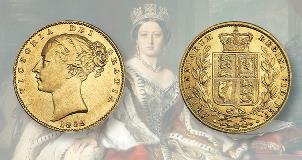 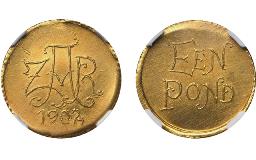 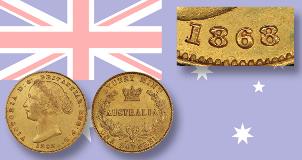