What's the price of perfection? 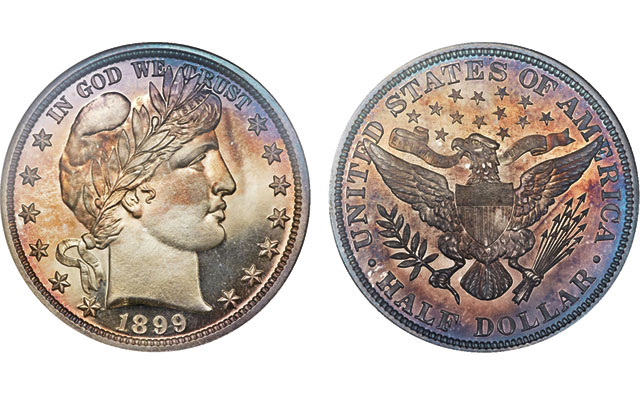 This 1899 Barber half dollar, graded Proof 69, CAC, and described as “virtually perfect,” is considered by at least one expert to be perfect Proof 70. It sold for just over $44,000. 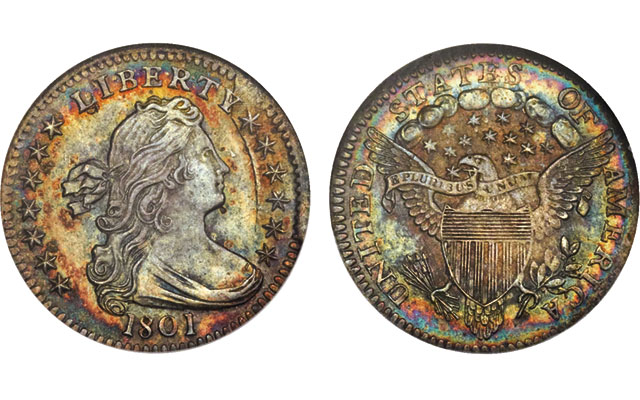 Described as “essentially perfect” with “vivid gold, delicate lilac, and sky-blue toning,” it is one of just five half dollars graded Proof 69 by NGC. When offered by Bowers and Merena at a 1998 auction it was the only Barber half dollar graded Proof 69. The catalog also notes that Scott Travers, best-known as author of The Coin Collector’s Survival Manual, considers this coin to be a perfect Proof 70.

It was obtained directly from the Philadelphia Mint in 1899 by John Story Jenks and was offered in Henry Chapman’s December 1921 sale of the Jenks Collection. When offered by Bowers and Merena in 1998 it sold for $39,100 and here it brought $44,062.50.

An exceptional 1801 Draped Bust half dime

It’s a bit wild to consider that an 1801 Draped Bust half dime more than two centuries old can exist in nearly perfect condition. The auction had numerous coins grading Mint State and Proof 67 and finer, including an 1801 Draped Bust half dime graded MS-67 by NGC that sold for $164,500. It was last offered at Bowers and Merena’s August 1998 Rarities Sale where it sold for $112,500.

Like many of the coins in the Gardner Collection, it has beautiful toning that Heritage described as follows: “The well-preserved surfaces are blanketed in attractive shades of ice-blue, sea-green, and russet toning, with vibrant mint luster underneath. No mentionable distractions are evident and eye appeal is terrific.” The half dime is the finest known by a substantial margin.