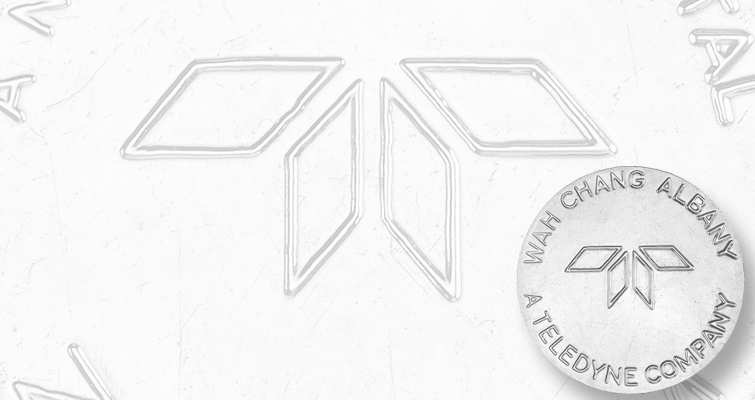 A sample piece about the size of a Jefferson 5-cent coin touts the virtues of zirconium, a “nuclear age metal.”

Coin collectors often acquire pieces with little accompanying information, and that was the case with an item in a local estate, shown to me by a fellow collector.

The piece measures about 22 millimeters in diameter and weighs 4 grams, almost matching specifications of the Jefferson 5-cent coin with its 21.21-millimeter diameter and 5-gram weight.

Zirconium is a lustrous gray-white metal. Highly resistant to corrosion, zirconium was one of many metals proposed as a replacement for silver in United States coinage during the 1960s when the copper-nickel clad and silver-copper clad “sandwich” compositions debuted to combat the rising price of silver.

Whatever metal would replace silver would have to be not too valuable, but it would also have to be safe from counterfeiting.

“This brings us to zirconium, one of the wonder metals of this nuclear age,” wrote Spink, manager of the firm’s technical branch.

Spink cited many unique properties of zirconium that would warrant its usage for coins, including its ready availability. “The occurrence of zirconium in the earth’s crust is greater than that of the sum of copper, lead and zinc,” he wrote. “Further, there is almost three times as much zirconium as nickel.”

This piece was made by Wah Chang Albany, a different company than Spink represented. Located in Albany, Ore., the former subsidiary of Teledyne is now known as ATI Specialty Alloys and Components.

The piece was handed out as a product sample, but not in relation to the change in alloy for U.S. coinage — Coin World published photos of the piece in the Dec. 18, 1968, issue (long after the clad alloy had debuted), with an address for readers to obtain a sample.

The pieces are abundant today, and eBay auction records indicate prices of a few dollars to less than $20 each.