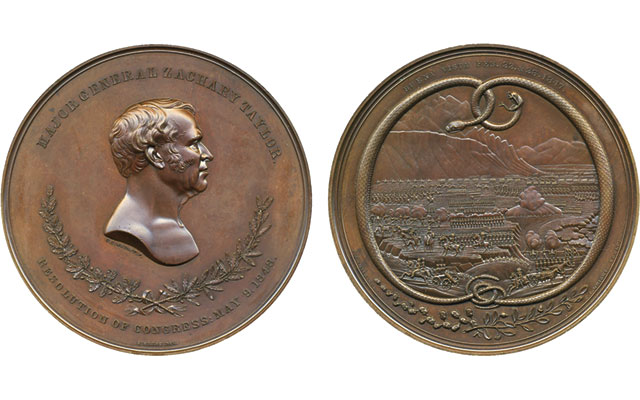 This 90-millimeter bronze medal duplicates the Taylor gold medal for the Battle of Buena Vista. The example shown sold in a Sept. 17, 2008, Heritage sale for $2,300. 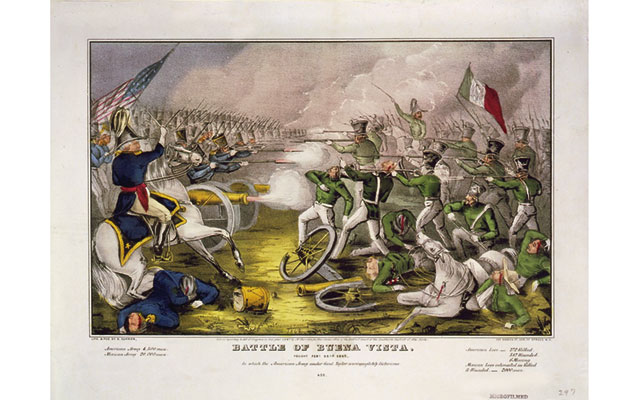 Maj. Gen. Zachary Taylor on horseback, left, leads the charge in the Battle of Buena Vista during the Mexican-American War. 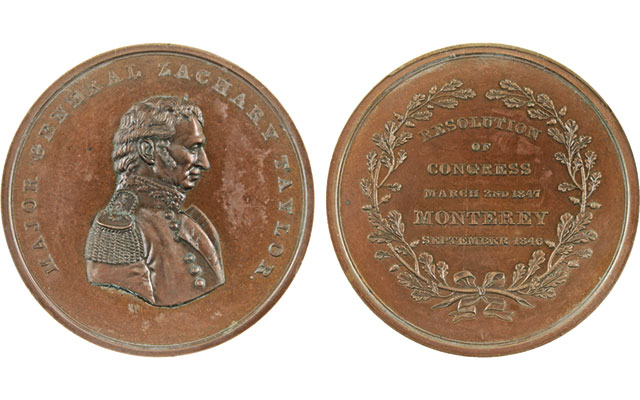 65-millimeter bronzed copper duplicate of the Taylor medal for exploits at Monterey. The illustrated example sold in a Sept. 17, 2008, Heritage sale for $115. 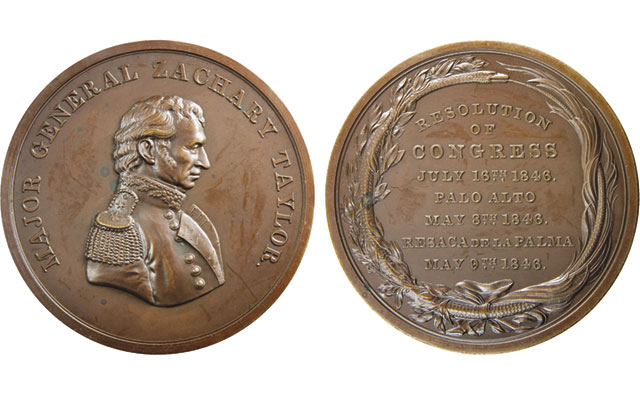 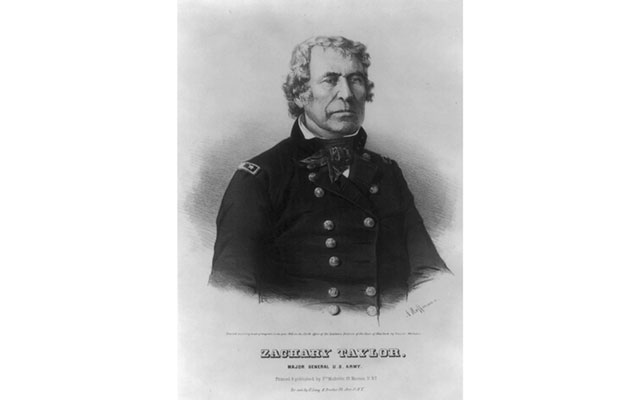 Zachary Taylor is the only individual to be recognized with three congressional gold medals for military heroism.

This is the eighth and final installment in a series of articles dedicated to congressional gold medals struck by the U.S. Mint:

Zachary Taylor holds the distinction of being the only individual awarded three congressional gold medals that recognize his military exploits on the battlefield, all citing his accomplishments during the War with Mexico.

Maj. Gen. Zachary Taylor, future 12th president of the United States was awarded his first congressional gold medal in July 16, 1846, legislation, recognizing distinguished achievements in operations on the Rio Grande; another in March 2, 1847, legislation, for distinguished military operations at Monterey; and the third in May 9, 1848, legislation recognizing his actions in the Battle of Buena Vista, during which Taylor led in defeating the Mexican Army under Gen. Antonio López de Santa Anna.

On the secondary market or at auction, collectors may encounter examples in silver or bronze composition of each of the three medals, examples of which are illustrated.