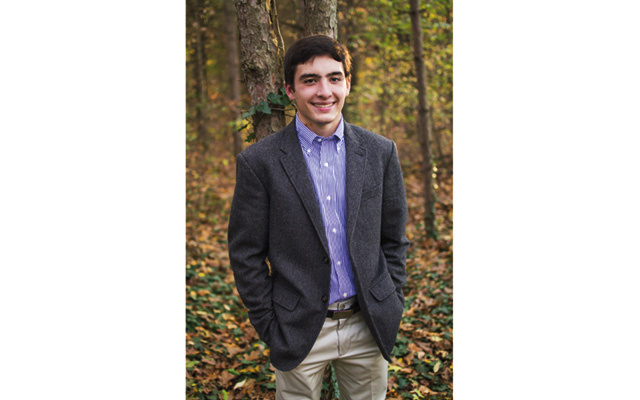 Eighteen-year-old Andrew Blinkiewicz has been elected to the Michigan State Numismatic Society Board of Directors.

When looking at the select individuals who have been elected to run the many numismatic organizations, one generally sees older men. These individuals have usually achieved name or facial recognition related to their contributions to the hobby.

But what happens if a young person decides to step out of the normal young numismatist mold of being the “next” generation — the people who are still learning the ways of the trade? In other words, they want to become the “now” in numismatics. Would they be welcomed as an innovator or a fresh change? Or will they be looked upon as “not ready” for the responsibility?

I plan to test this very question. I have decided to do just this with the Michigan State Numismatic Society. I have been elected to one of the 12 MSNS Board of Directors positions for the 2015 to 2017 term. At 18 years young, I am the youngest board of directors member for MSNS in its 58-year history.

I became involved with numismatic leadership when I was asked by my local club’s president to sit in on the board meeting as an executive appointment about two years ago. Since then, I have become a key member of my club’s leadership structure and was recently elected to the position of librarian.

Becoming involved in our hobby’s leadership is something that feels comfortable to me because I have served in various leadership roles throughout my high school career, such as being the current treasurer of my senior class’s executive board, as well as captain of the men’s varsity tennis and golf teams.

Also, I feel that the leadership of numismatic organizations should be rather representative of the geographic location of the collectors represented. Being from the southwestern part of Michigan (Kalamazoo), I felt that it was time for someone to represent this area and once again be on the board of directors.

Being involved in hobby leadership feels great because it gives me the opportunity to shape the direction of our hobby from the “club” perspective. Granted my experience is limited to only my small local club of about 50 members, much different than the far larger Michigan State club. However, I am expecting a rather seamless transition onto the MSNS Board, because I am lucky enough to have positive prior relationships with many of the current board members who have all expressed kind words in regards to me running for the board and how I should act and what will be expected of me now that I am on the board.

With society moving into the digital age, I fear that numismatics and other hobbies that have relied so heavily on literature and word of mouth will be, in a sense, “left behind.” Although our hobby is moving in the right direction at the very high end part of the collector market, the educational aspect and the more general collectors have yet to embrace technology in the hobby, which isn’t a good thing because the general collectors demographic makes up the largest portion of people involved in numismatics.

Finally, organizations must try diligently to bring new people into the hobby; I believe in doing so, the missing technology piece of the hobby will fix itself. Also, the numismatic community as a whole must be willing to stand behind the youth who do try to enter the hobby on whatever level. Too many times I have seen YNs being shunned because we are believed to not be capable.

Well, look at what I just did. This clearly is not the case.