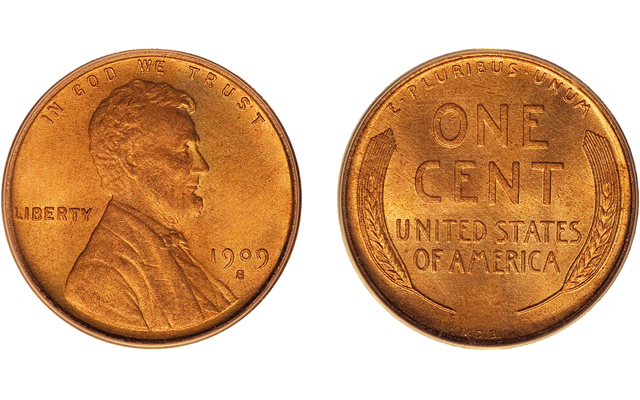 Young collector Austin Miller zeroes in on one of the last pieces needed to completed a set — a 1909-S Lincoln, V.D.B. cent. Images courtesy of Heritage Auctions.

Hi. My name is Austin and I am 11 years old and a member of the Oklahoma City Coin Club.

I began collecting coins when I was 7 years old when my dad took me to my first coin show. I started collecting Lincoln cents when my dad showed me his collection of coins, and the first coin I bought was a 1955-S cent in Uncirculated condition. My dad told me to buy the best condition I could afford.

It didn’t take me too long to fill in almost all of the holes in my album until only the harder ones were left. I bought my 1911-S cent in Very Fine condition after I saved up for almost a year. I like this one because it is nicer than my dad’s.

It took me another year of saving money until I bought my 1909-S Lincoln cent in Very Fine. I could have got the 1931-S cent but I chose not to because I thought the 1909-S coin was more likely to go up in value. A little while later, I finally did get a 1931-S cent in Extremely Fine condition at a coin auction at the Oklahoma City Coin Club. I got a real good deal on it because when I bid on it, everyone else stopped bidding. I was happy too, because I bid all the money I had.

My most recent purchase is a Professional Coin Grading Service certified VF-35 1914-D cent that I bought at the Oklahoma Numismatic Association coin show in May. I saved up all of my birthday money and Christmas money, and I had just enough to get one in VF condition. This one is nicer than my dad’s, too.

I really like collecting coins and I like to look at old Red Books to see how cheap rare coins were when my dad was my age.

I like the coin club and going to the meetings and sharing my coins at the show-and-tell. I used to get scared when I had to stand up and talk about my show-and-tell coin, but now I like it. At the last meeting, I brought my 1914-D cent and people really liked my new coin. Someday, I hope to bring a 1909-S V.D.B. cent for my show-and-tell.

Austin Miller is a young collector from Oklahoma who has been adding to his collection of Lincoln cents and other U.S. coin series.