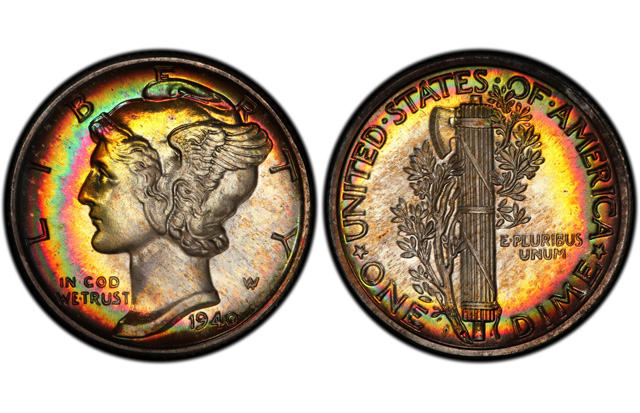 A 1940 Proof Winged Liberty Head ("Mercury") dime graded Proof 67+ by NGC (the one pictured received that same grade from PCGS) is among the recent purchases reported by Coin World Facebook fans.

David Hollister: "None, saving for the Jackie O coin!!"

Zach Schueler: "I picked up a Martha Washington experimental half dollar for my pattern set."

Stephen Mogil: "Ken go back to bank and get 100 rolls to search, if there is 1 there might be more!!! If not, you probably will find many wheat backs!!!"

R. Ingram Coins: "We've just got in a really nice collection of Gold, UK and foreign. We'll be listing it all very soon. Keep your eyes peeled."

Joe Phillips: "Purchased some Cuban coins (pre Castro era) from 1916 and 1935. One was a Jose Marti commemorative. Also some Russian Roubles (pre-Bolshevik/Communist era). They do have numismatic value. However I mainly bought them for the historic significance."