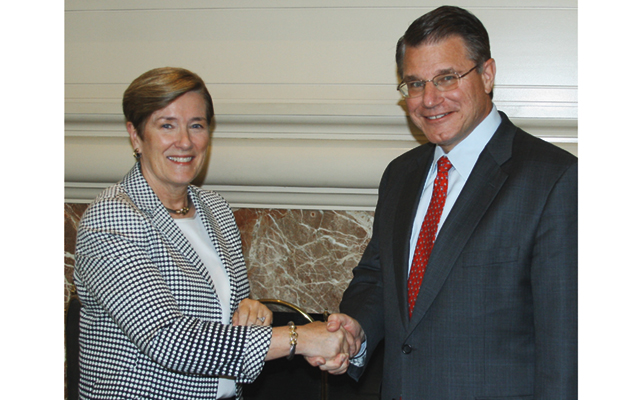 Freelance writer Mary N. Lannin has been appointed to a four-year-term on the 11-member Citizens Coinage Advisory Committee.

Lannin attended her first CCAC meeting May 19 when the coin and medal review panel convened in Philadelphia.

Lannin fills the vacancy created this year by the expiration of the term of Michael Olson.

Lannin was appointed based on the recommendation of House Democratic Leader Nancy Pelosi, D-Calif.

Lannin has worked on various numismatic papers and publications. Her die study of Alexander II Zabinas at Antioch, co-authored with Arthur Houghton, will be published by the American Numismatic Society in the upcoming Hellenistic Studies volume. She has researched and assisted other scholars who are contributing to this study. Other studies of Antioch’s Hellenistic coinage (Alexander I, Demetrius II) are in the planning stage.

Lannin is a volunteer staff member at the Legion of Honor, currently evaluating the 50 most valuable holdings for the museum and the City of San Francisco. Lannin holds a Bachelor of Arts degree from the University of Minnesota (1969) and attended Trinity College, Washington D.C.

The CCAC, established by Congress in 2003, advises the Secretary of the Treasury on theme or design proposals relating to circulating coinage, bullion coinage, congressional gold medals and other medals produced by the United States Mint.

The CCAC also makes commemorative coin recommendations to the Treasury secretary and advises on the events, persons or places to be commemorated, as well as on the mintage levels and proposed designs.