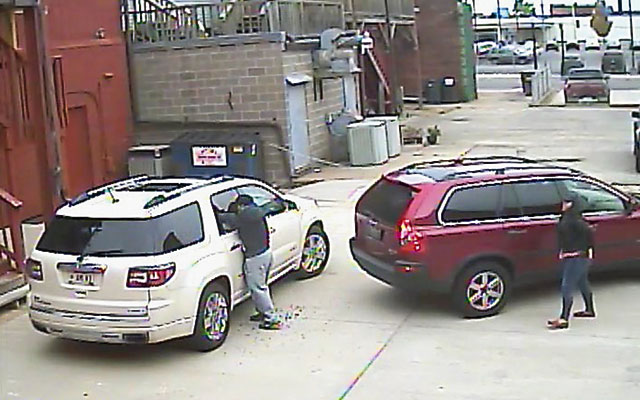 A Wisconsin coin dealer was the victim of a vehicle burglary on Oct. 12 after returning from a show in Minnesota, according to Doug Davis of the Numismatic Crime Information Center.

According to Davis, the dealer parked behind his shop and walked around to enter from the front. As soon as the dealer was out of sight, a suspect who was talking on a cell phone and wearing gloves, approached the dealer’s vehicle and used some type of tool to crack the window.

One suspect removed one tote from the vehicle and jumped into a getaway vehicle occupied by two other suspects. The suspects appeared to be of Hispanic/Central American heritage and were driving a Maroon Volvo XC-90.

A review of a security video camera indicates the suspects waited outside the store for four hours prior to the dealer’s arrival from the show, according to Davis.

Nothing of value was inside the tote. However, based on the circumstances, the dealer said he feels that he was targeted while at the show.

Anyone with information should contact Davis by telephone at 817-723-7231 or by email.