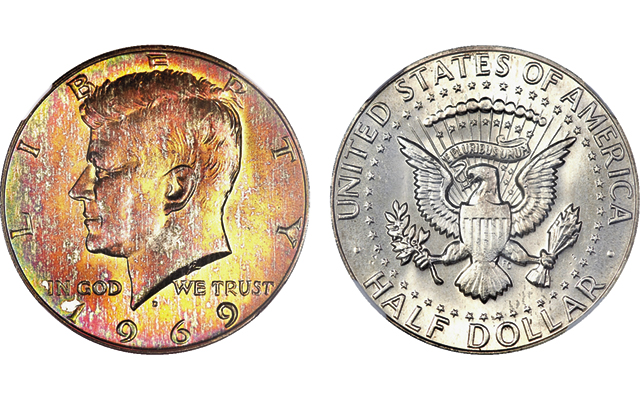 The American Numismatic Association has announced the winners of its ANA Member Volunteer Challenge, which took place in conjunction with National Coin Week from April 20 to April 26 and celebrated the 50th anniversary of the Kennedy half dollar. The week-long celebration also honored President John F. Kennedy's famous call to civic and community service: "Ask not what your country can do for you, ask what you can do for your country.”

Entries for the Member Volunteer Challenge can be seen on the ANA's blog, The Exchange.

More than 90 ANA member clubs from across the United States and Canada celebrated National Coin Week by setting up exhibits and open houses, and distributing educational and promotional materials about the hobby. The Reno Coin Club welcomed almost 300 people to an open house April 25 to celebrate National Coin Week, the club's 30th anniversary and the 150th anniversary of the state of Nevada. The Monroe Coin Club (Michigan), hometown of ANA founder Dr. George Heath, presented school programs to first- and third-graders. Minnesota's Northwest Coin Club created an impressive paper money display and educated visitors all week at a public library.