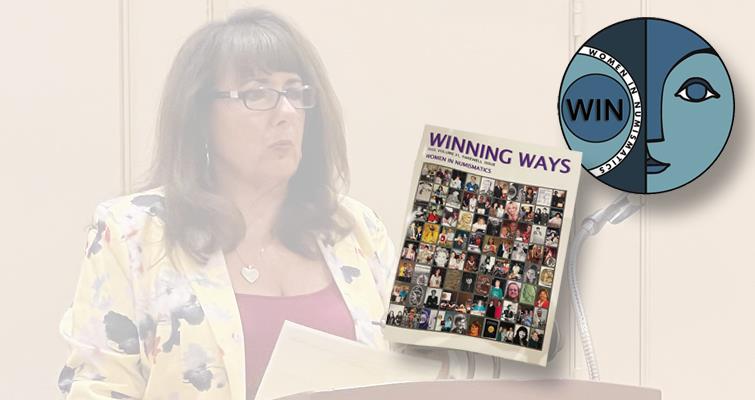 Women in Numismatics president Charmy Harker presided over WIN’s final awards ceremony, held at the 2022 ANA World’s Fair of Money as the club plans to disband at the end of the year, and a “farewell issue” of its journal, “Winning Ways,” was distributed. 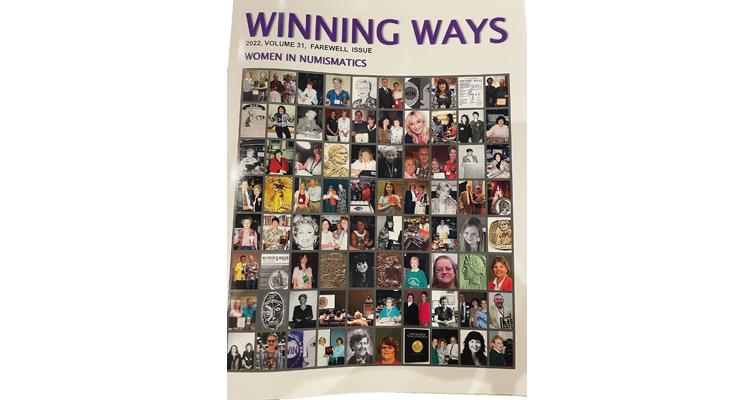 A “farewell issue” of the club journal “Winning Ways” was distributed at the awards ceremony, held at the 2022 ANA World’s Fair of Money.

WIN has been serving women in the numismatic community since 1991 and, having reached its goals, is disbanding at the end of 2022.

Image courtesy of Women in Numismatics

For the final time, Women in Numismatics presented organization awards in an emotional ceremony at the 2022 ANA World’s Fair of Money. The organization, founded in 1991, earlier announced plans to dissolve on Dec. 31, 2022.

In her remarks before the morning gathering, WIN president Charmy Harker stated, “Over the years, WIN has done its best to educate, mentor and guide its members through the wonderful world of numismatics and I hope we’ve left it a little better off. It has truly been my honor to serve Women in Numismatics and its members over these past six years as its president.”

The organization was founded in California by three women, Sondra Beymer, Mary Sauvain and Teresa Darling. WIN was established to meet several goals:

(1) Raise the professional status of women in numismatics.

(2) Provide a networking forum for women in numismatics.

(4) Gain recognition for women within the industry.

(5) Assist women in obtaining positions within the industry.

Harker pointed out that the difficult decision to disband did not come quickly or easily. “It took almost a year as we tried to get concrete ideas for the future. In the end, we felt the organization had achieved its purpose, and many more women are involved and feel empowered. This is not a negative thing. The organization has done a lot for the community.”

During the awards ceremony, Harker awarded checks to representatives of the American Numismatic Association, Central States Numismatic Society and Florida United Numismatists, in disbursement of the organization’s funds in appreciation of support. A special presentation was made to webmaster Jim Motley, and the group’s literary committee honored the top writers who had made significant contributions to the club journal, Winning Ways.

A “Farewell Issue” of Winning Ways was distributed at the awards ceremony. WIN will donate bound copies of all issues to the ANA Library.

“And even though WIN may no longer be a formal organization,” said Harker, “I’m sure I speak for the rest of our board members, that we will still be around if any of you need any assistance or guidance with your numismatic endeavors.”

Former Coin World editor Beth Deisher shared, in a 2016 article marking WIN’s 25th anniversary, that in October 1990, Beymer, Sauvain, and Darling, met at the Long Beach Expo and discussed the need for an organization to support women in the numismatic industry. Deisher attended a “meeting of the minds,” reflecting that “Their primary concern was that women who attended coin shows, whether on the business side or from collector ranks, often did not know each other. A way to address the problem, they believed, would be to have an organization whose primary function would be to provide opportunities for members to network as friends as well as professionals. They also saw a need to provide education and professional development.” Early the next year, WIN was born. 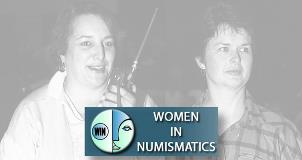 Women in numismatics unite: From the Memory Bank 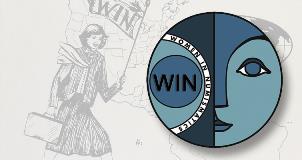 Women in Numismatics to dissolve at the end of 2022 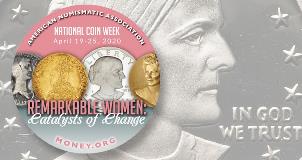