Why does this 1875 pattern have an “Illogical steamship?" 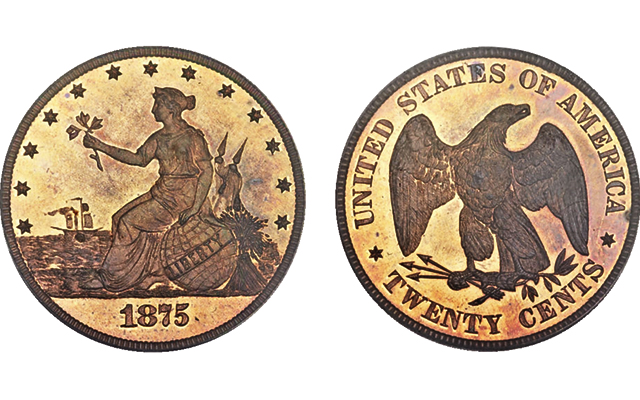 The piece was previously offered at Heritage’s January 2013 Florida United Numismatists auction where it sold for $25,850. It is the only example of the variety (Judd 1400) certified by a major grading service as having full red color.