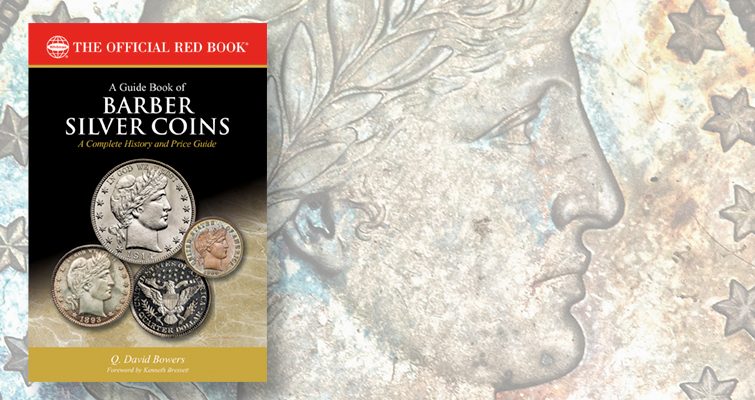 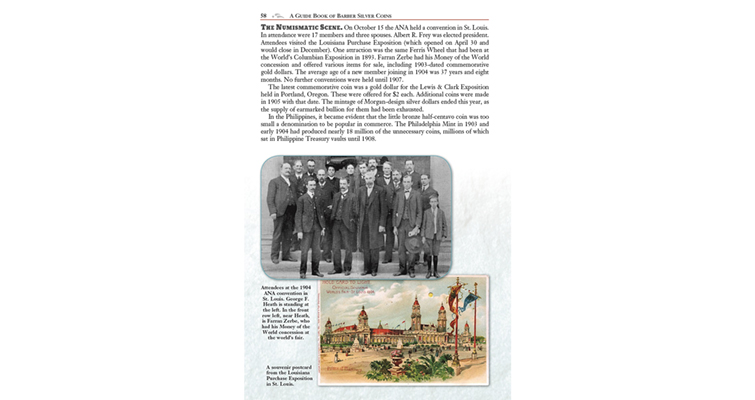 Text includes historical information on what was going on in the United States and the world at the time Barber coins were produced from 1892 through 1891. 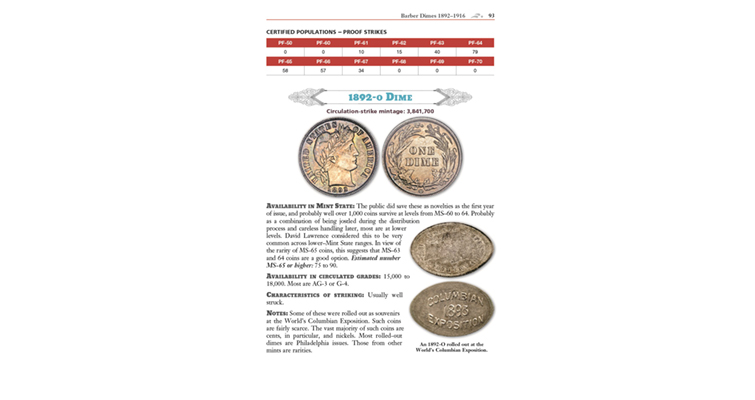 Each date and Mint mark is illustrated with color images and augmented by extensive narrative information. 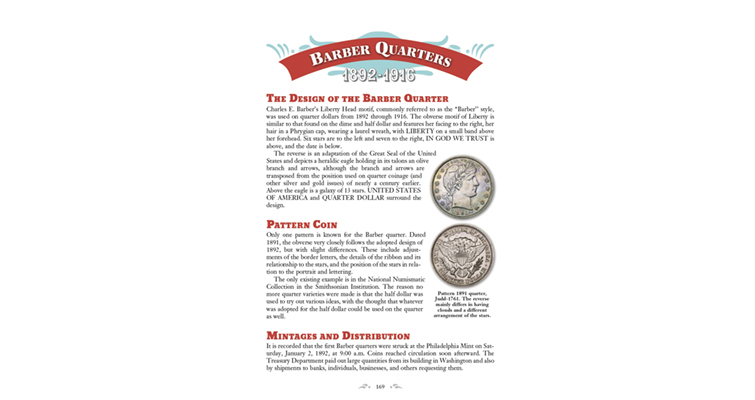 Each denomination of Barber silver coin has its own introductory narrative. Here is the text for the quarter dollars. 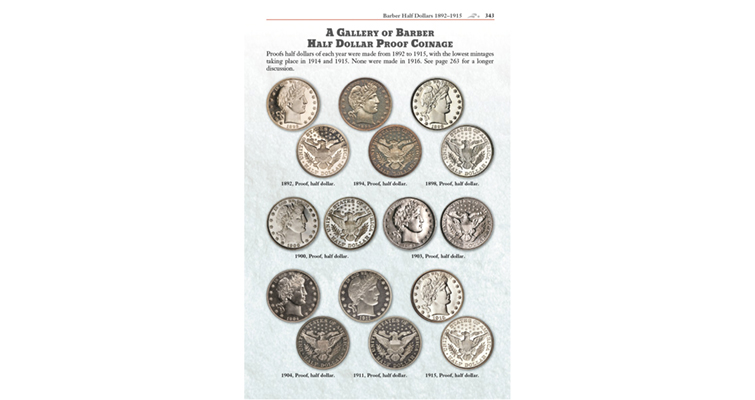 Illustrated pages also include images of Proof coins by denomination. Shown are Proof Barber half dollars.

(Atlanta, Georgia) — Whitman Publishing announces the release of A Guide Book of Barber Silver Coins, by Q. David Bowers. The 384-page book (number 20 in the popular Bowers Series) will be available September 22, 2015, from booksellers and hobby shops nationwide, and online (including at www.Whitman.com), for $29.95.

It can also be borrowed for free as a benefit of membership in the American Numismatic Association, through the Dwight N. Manley Numismatic Library.

Barber dimes, quarters, and half dollars were America’s workhorse coins of the late 1800s and early 1900s. While U.S. Mint chief engraver Charles Barber’s designs were at first criticized by the public, today his silver coins are among the most popular U.S. series, with many enthusiastic collectors and students. The Barber Coin Collectors Society is among the hobby’s fastest growing specialty groups.

These handsome silver coins were produced from 1892 into 1916, shortly before America entered the First World War, and they remained in circulation until well after World War II. In the Guide Book of Barber Silver Coins they are given the famous Q. David Bowers treatment: insightful study by date and mint mark for every issue of the three denominations (277 major varieties), rich historical background, and detailed data analysis.

The text is illustrated by more than 800 images. Bowers — the “Dean of American Numismatics” and the most prolific numismatic author of all time — tells collectors how to evaluate quality, determine value, understand the market, and make good buys, and takes the reader on a journey through what he calls “the most interesting and evolutionary period in American history.”

Bowers provides a wealth of information including mintages, certified populations, date-by-date estimates of the total number of pieces existing for both circulated and Proof issues, illustrated grading standards, values in up to 12 grades, and keys to collecting based on availability and sharpness of strike. Historical background details the landscape of American life from the Gilded Age through the Progressive Era, the time of the coins’ design and production.

The Guide Book of Barber Silver Coins includes a history of U.S. Mint engraver Charles Barber’s life; the mints, Mint directors, and Mint superintendents responsible for Barber coinage; the public’s evolving attitudes toward his designs; and Barber silver collecting, along with strategies for building a significant collection of your own.

Senior editor of the Guide Book of United States Coins, Kenneth Bressett, calls the book, “a fresh landmark account of Barber coinage touching on every aspect of availability, condition, varieties, history, and collectibility of these fascinating coins.”