Readers Ask: An ounce of feathers or gold? 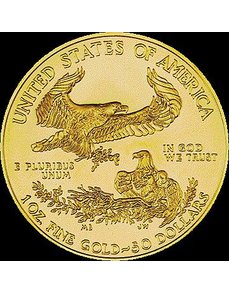 An ounce of gold, like in this 1-ounce gold American Eagle, weighs more than an ounce of feathers. Gold is measured in troy ounces (each equal to 31.1 grams); feathers are measured in avoirdupois ounces (28.35 grams each).

An old mind teaser asks, “Which is heavier, a pound of lead or a pound of feathers?”

Would the answer be the same if the feathers were compared with gold? The “Ship of Gold” article in the Coin World Extra accompanying the May Coin World Special Edition mentioned the Eureka bar weighing “933.94 ounces ... nearly 80 pounds.”

Perhaps asked another way, how many grams are in an ounce and in a pound of gold?

The term “troy” appears to have its origins in the Middle Ages in the town of Troyes in northern France, with the first use of the word recorded in 1390. The troy system itself was actually a series of closely related weight systems in use in Europe, bearing such names as the Bremen troy and the Paris troy, as used in those cities.

Historically, the troy weight system was indirectly derived from Roman coinage. The Roman aes grave, or a heavy bronze coin, was equal to a pound, which was divisible into 12 unciae or ounces (an uncia was also used as an unit of measurement roughly equal to a modern inch). Eventually, the ounce was standardized to 16 per pound under the avoirdupois system.

However, according to various sources, precious metals continued to be measured by troy ounces in order to maintain historical purity standards and common measurements. An ounce of gold in 1799, for example, would be equal to an ounce of gold today.